With the transfer window closed, the FC Barcelona squad is conformed for the 2020/21 season, with a series of interesting developments on the shirt number front…

Two new players have officially been promoted from Barça B, following the announcement of Ansu Fati a few weeks ago.

Uruguayan Ronald Araujo had already made six first team appearances last season, and also featured against Celta and Sevilla this term. He takes the number four left vacant since the departure of Ivan Rakitic, and also the number usually worn by the man now managing the team: Ronald Koeman. 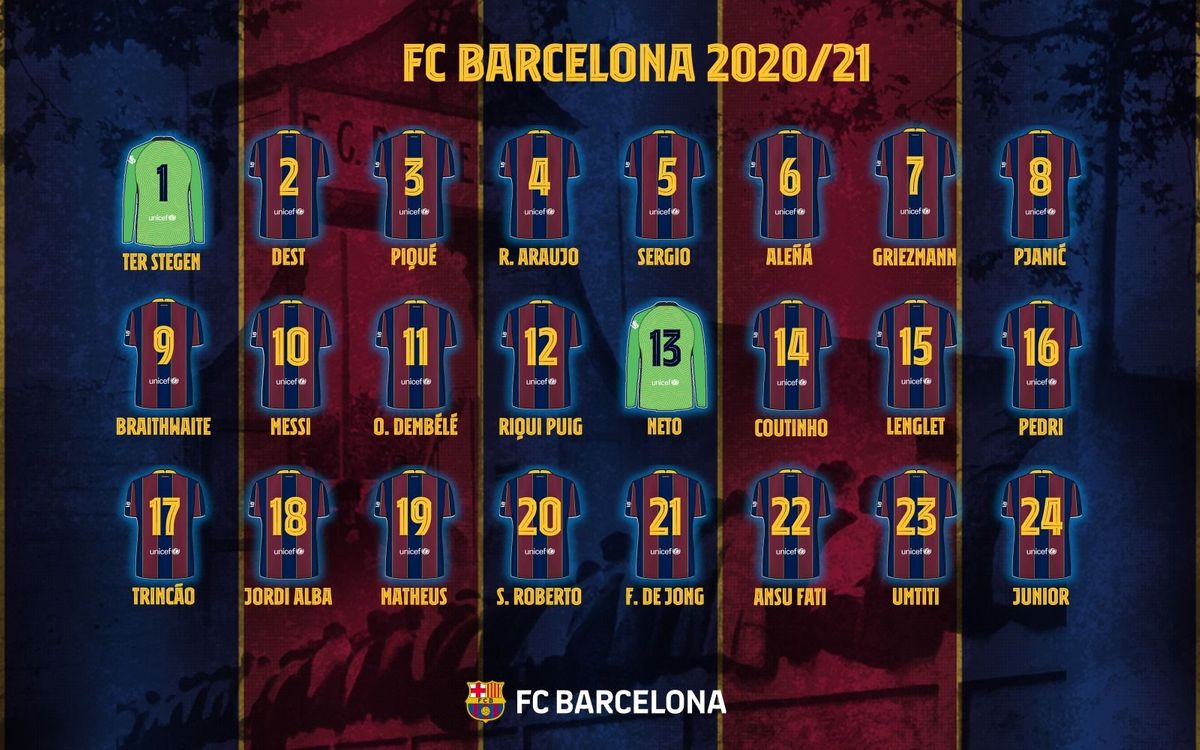 Riqui Puig, who played 12 first team games last season, will no longer be switching between the reserves and first team. He is taking the number 12 shirt.

Goalkeeper Iñaki Peña will also be working on a regular basis with the first team even though he is still officially registered for Barça B.

Martin Braithwaite, meanwhile, is swapping his old number 19 shirt for the number 9 that Luis Suárez left behind.

Braithwaite’s old number is passed on to Matheus Fernandes, who played the second half of last season on loan to Valladolid after joining Barça from Palmeiras in the winter transfer window.