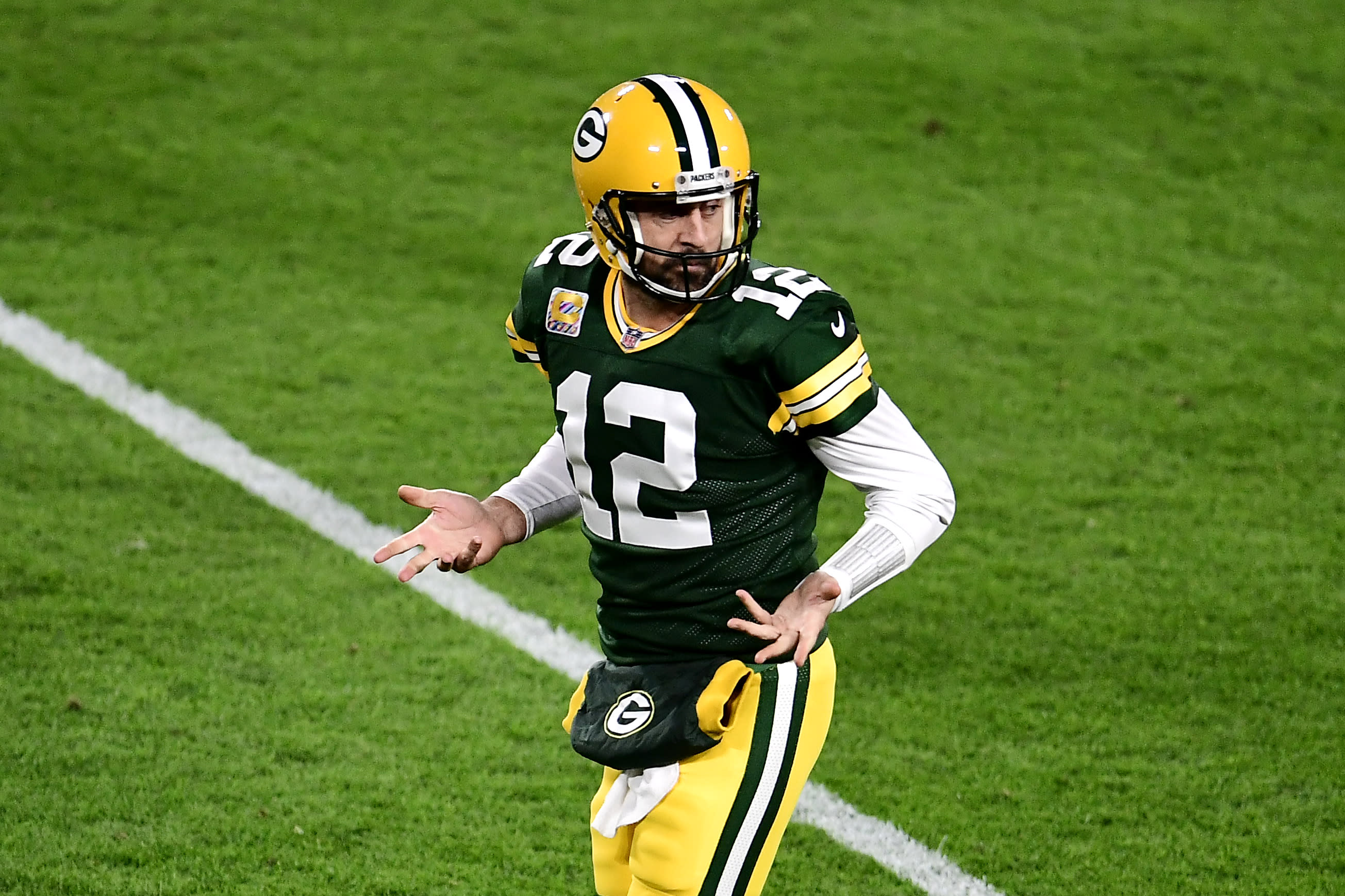 Not that he’d let you anyway.

Rodgers, after getting left out of a touchdown celebration in the Green Bay Packers’ “Monday Night Football” matchup with the Atlanta Falcons, hilariously celebrated by himself in the end zone of Lambeau Field.

Rodgers found receiver Robert Tonyan for a stellar 19-yard touchdown in the second quarter on Monday night, which gave the Packers a commanding 13-3 lead in their 30-16 win.

The team, naturally, started celebrating in the end zone and flexing for a camera.

Rodgers, though, was still down field and missed the party. So after everyone else had turned to start running back to the sideline, Rodgers hilariously jogged in from the side and flexed for the camera by himself.

Rodgers had to get his flex in ?? @budlight #ShowtimeCam pic.twitter.com/Lpp39hksYM

Me in the security camera at CVS as a grown adult pic.twitter.com/9CuocqJNuD

Rodgers has been hitting the gym ?

When you fire off a great tweet and it gets two likes. pic.twitter.com/8bLUXDoRO1

Lol. None of them give a damn about Aaron. pic.twitter.com/9sMdI2kVrn

I adore Aaron Rodgers like you wouldn’t believe. But that flex … um … #packers #MNF #ATLvsGB pic.twitter.com/y9vuJO99VB

I can’t quite figure out why people dislike Aaron Rodgers… ? pic.twitter.com/NbaxSrbMox

As diehard of a Bears fan as I am, I think I just witnessed the greatest Flex in NFL history by none other than #AaronRodgers. Haha, Too Funny!pic.twitter.com/pI4OwUa6Ge

Aaron Rodgers did that. ? pic.twitter.com/g67H6uoQLA

Say what you will about the flex, but Rodgers more than earned it on Monday night.