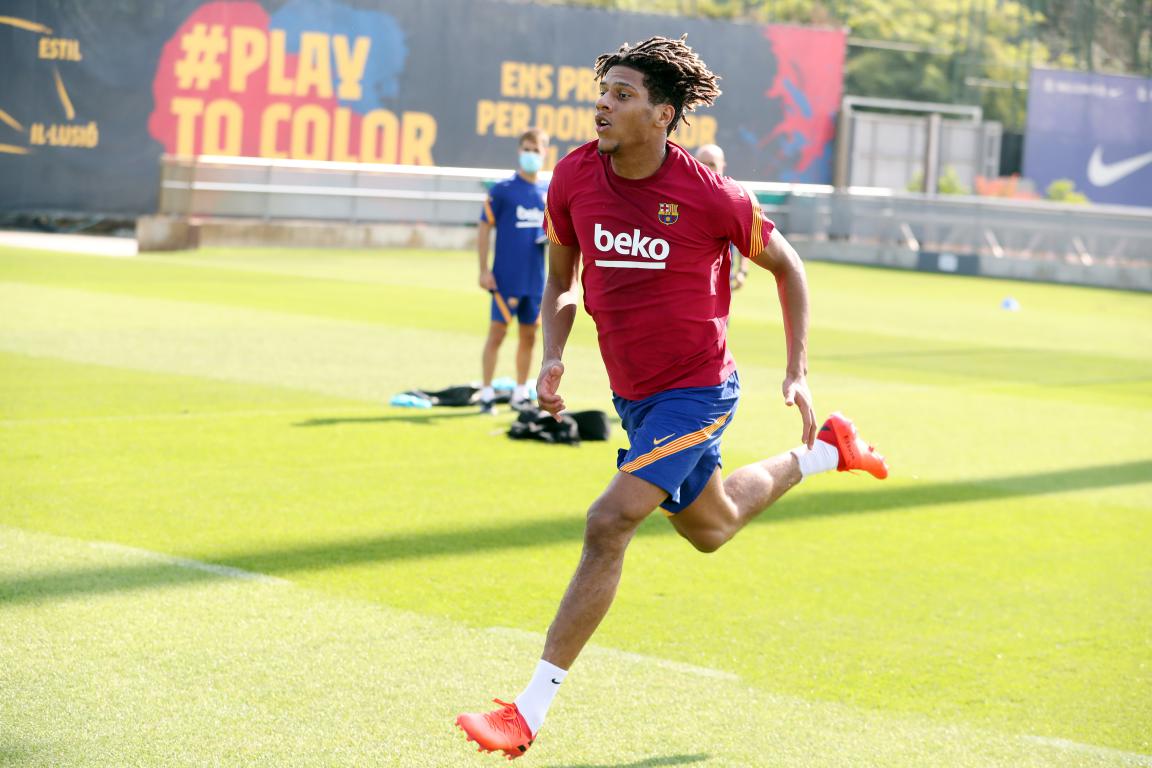 FC Barcelona and Sport Lisboa e Benfica have reached an agreement to terminate the loan of the player Jean-Clair Todibo, who will now go on loan to OGC Nice until June 30.

The French club will be taking charge of the player’s licence and holds on option to purchase him for 8.5 million euros, plus 7 million euros in variables.

The French defender joined FC Barcelona in the winter market of 2018/19, and made his debut at a starter against Huesca in week 32 of that league campaign. He was part of the Liga winning squad in 2018/19. Midway through the 2019/20 season, Todibo played on loan to Schalke 04.

Todibo started this season playing at Benfica in Portugal, and will now embark upon a new adventure in France.