Alan Shearer says he would ‘not be so sure’ about Arsenal’s chances of staying in the Premier League after the club’s worst start to a season in 46 years.

Mikel Arteta’s side suffered an eighth league defeat of the season as they went down 2-1 at Everton on Saturday night and they sit 15th in the table, just four points above the relegation zone.

Things haven’t been this bad 14 games into a season since the 1974-75 campaign and the pressure is mounting on Arteta to turn things around. 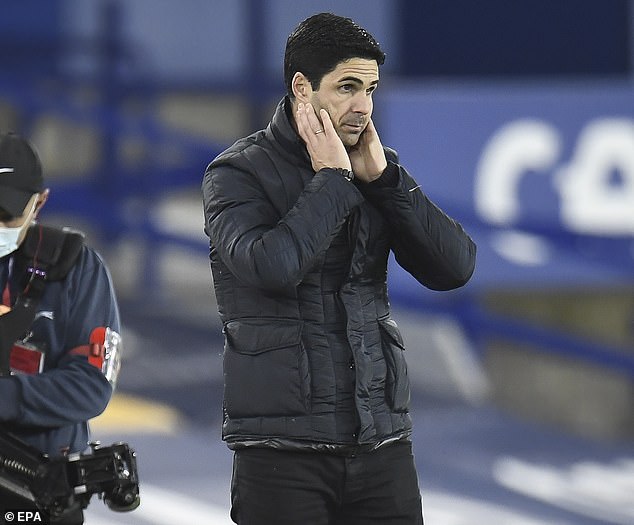 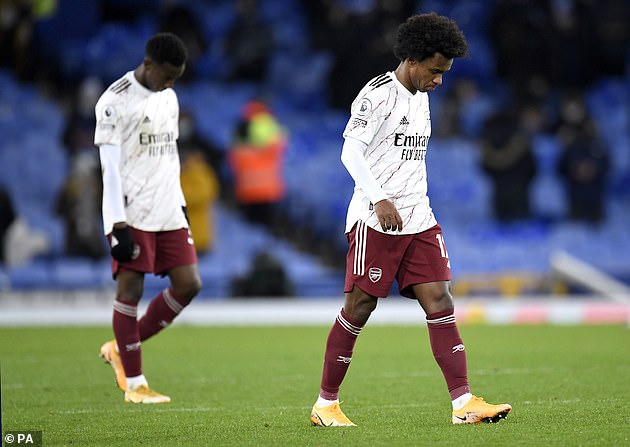 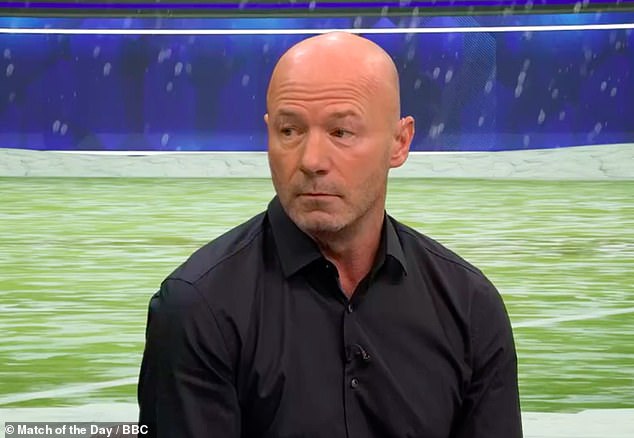 Asked on Match of the Day whether Arsenal will stay up, former England captain Shearer said: ‘I wouldn’t be so sure. Not with that starting team and the attitude of some of those players.’

Rob Holding put through his own net to gift Everton a 22nd-minute lead at Goodison Park but Nicolas Pepe levelled from the penalty spot 13 minutes later.

However, Yerry Mina headed in what proved to be the winner from a corner on the stroke of half-time.

And Shearer said of their performance: ‘Awful. No creativity, players going through the motions, not working hard enough and not closing down.

‘Mikel Arteta should be a worried man relying on that group of players trying to save his job. 12 goals all season, they have no options.

‘Against Everton, Pepe was not prepared to get into the box, he was jogging, sometimes walking. He has got to do more. 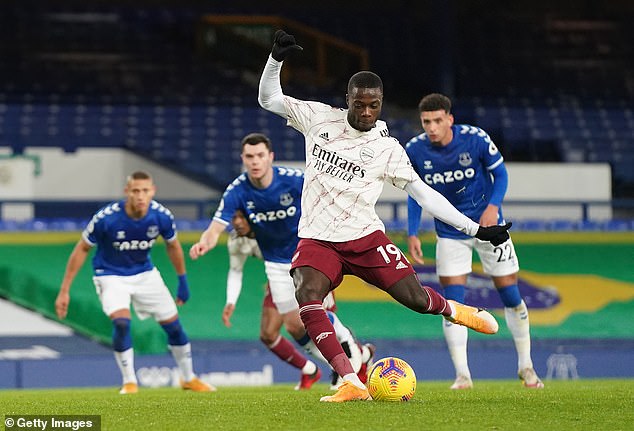 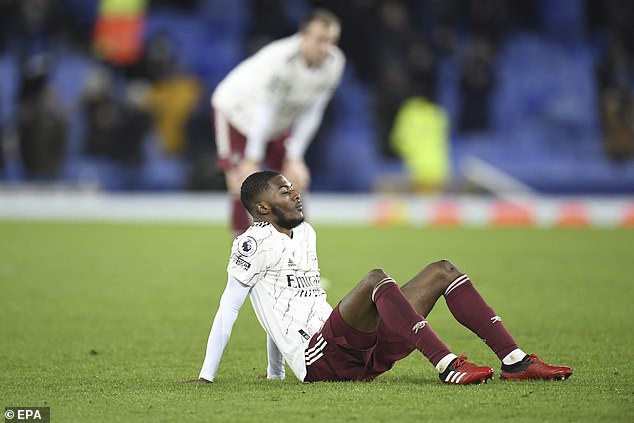 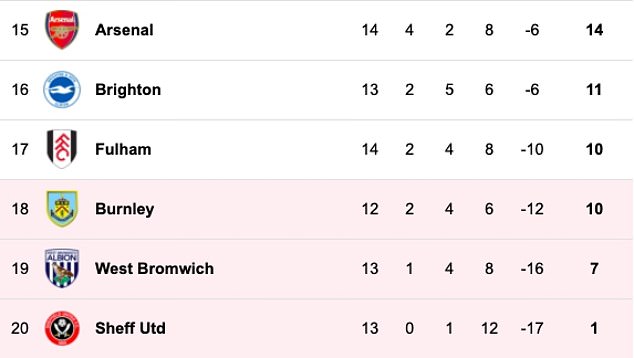 The Gunners sit 15th in the table after their latest defeat, just four points above the drop zone

‘There are a few players in that team who are not giving everything for the manager. Arsenal are never going to score goals playing like that.’

Arteta marked a year in charge at the Emirates Stadium and insisted the players are feeling the pain of their recent poor performances.

He said: ‘We need to generate more to win football matches. When it comes to small details, the other team wants it more. The boys are absolutely still fighting.

‘The way the boys reacted in the dressing room tells me they have the belief. When you lose lots of games for difference reasons it hurts a lot.

‘We have to be better, it wasn’t about Everton it was about us.’

Arsenal play a Carabao Cup quarter-final against Manchester City on Tuesday evening before a home Premier League fixture against Chelsea on Boxing Day.