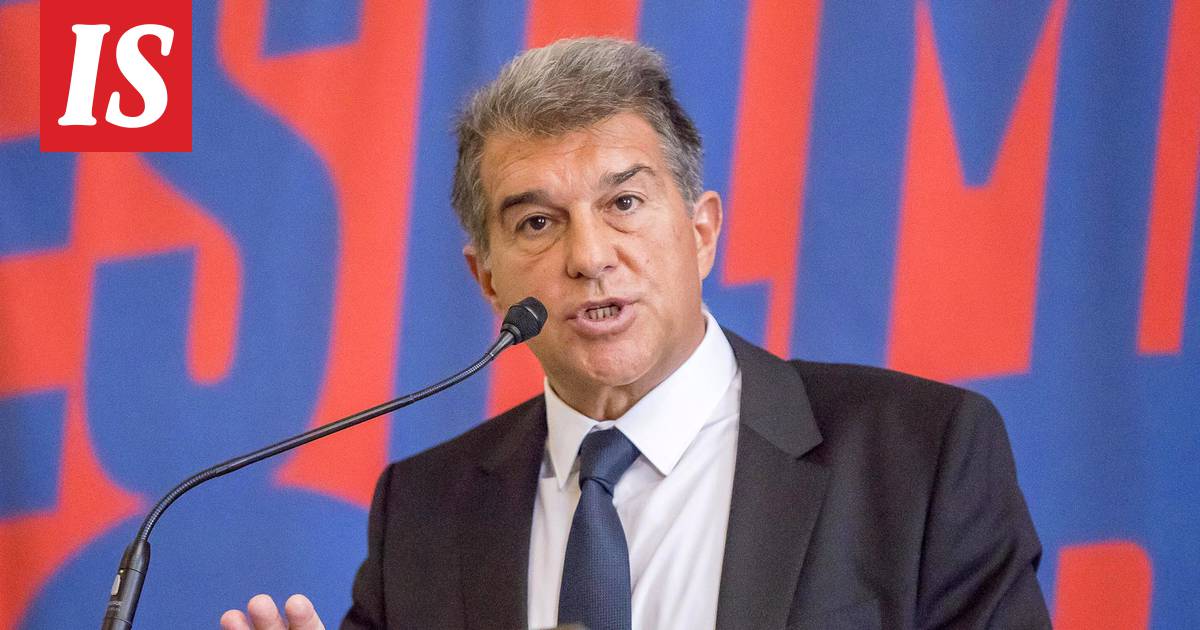 The FC Barcelona presidential election is a hot topic in Catalonia.

The traditional football club is currently in such a big crisis that finding the right candidate is more important than ever.

It can also be deduced from the candidates’ speeches that the stakes are at their peak.

Joan Laporta, who successfully led Barcelona from 2003 to 2010, is keen to return to the presidency and is one of the election favorites.

An essential part of Laporta’s election campaign is the teasing of the enemy club Real Madrid.

The duel between the teams has turned menacingly in Madrid in recent years.

– If a Martian came to Earth and saw VAR, he would immediately say that it favors Madrid, Laporta cannoned the Spanish newspaper Marca.

The 58-year-old ex-president is not afraid to evoke feelings in the Real Madrid camp.

He even hung a huge election poster near the Santiago Bernabeu stadium, where Madriders play their home games.

– The poster has a sense of humor and irony, which you can accept, Laporta comments on his invention.

– It is not intended to provoke, but to emphasize my position.

There has been no ambiguity in recent years about the superiority of Barcelona and Real Madrid.

The Spanish championship was celebrated in Madrid last season and even now the team is well ahead of its competitor.

The biggest threat to white shirts this spring is local opponent Atletico Madrid.