‘No you won’t do it again. Who you talking to? Hard man’: Angry exchange between Kieran Gibbs and Seamus Coleman caught on camera after the West Brom defender was sent off for violent conduct in defeat by Everton at Goodison Park

By Matt Porter For Mailonline

There weren’t many cool heads as Kieran Gibbs received a red card in Everton’s thrashing of West Bromwich Albion on Saturday afternoon.

Gibbs was sent off after catching James Rodriguez with a raised arm, and then had an angry exchange of words with Seamus Coleman as he was walking off the pitch.

‘I’ll f****** do it again,’ said Gibbs, walking past a group of Everton players, and the Toffees captain took exception.

Gibbs “I’ll fcuking do it again.
Seamus “No you won’t do it again. Who you talking to you’ll do it again? Hard man. Fcuking hard man.”pic.twitter.com/2OsHffdjNX 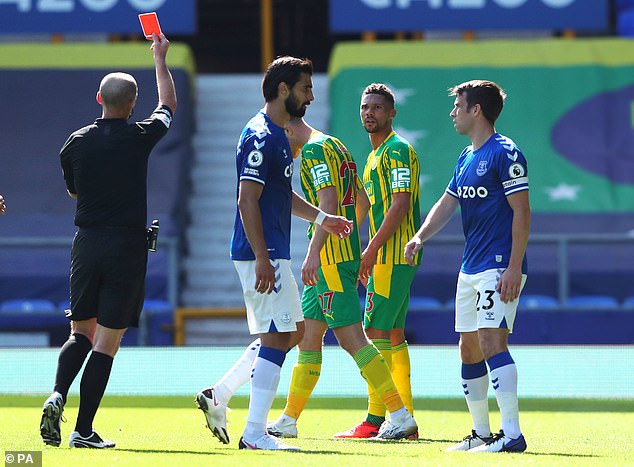 It all started when there was controversy as Rodriguez gave Gibbs a shove by the touchline with the Albion defender reacting by catching him in the cheek with a raised arm.

Rodriguez milked it with a roll and clutch of the face and Gibbs was dismissed. 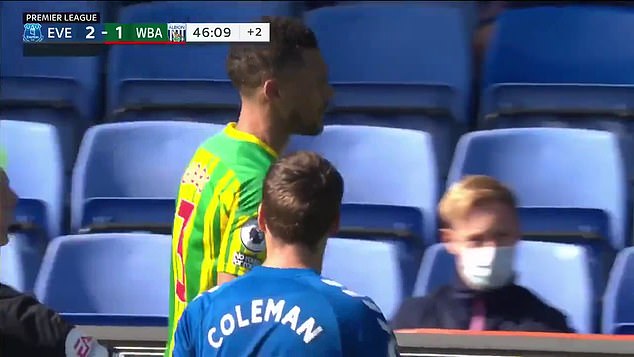 As he left the pitch, Gibbs had a heated exchange with Everton captain Seamus Coleman 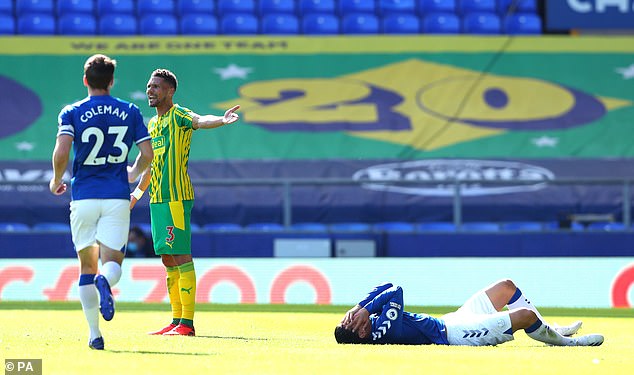 Gibbs had received a shove from James Rodriguez, and responded by raising his arm

Bilic argued with Dean when they walked off and was given a red card himself, but later admitted his player ‘had given the referee no choice’ and said Gibbs would have been better falling to the ground himself.

Everton ended up winning the game 5-2, leaving the Baggies rooted to the bottom of the table having conceded eight goals in their first two games back in the Premier League.

Meanwhile Everton spent the night at the top of the table, but have now been leapfrogged by Leicester City after their own big win on Sunday.