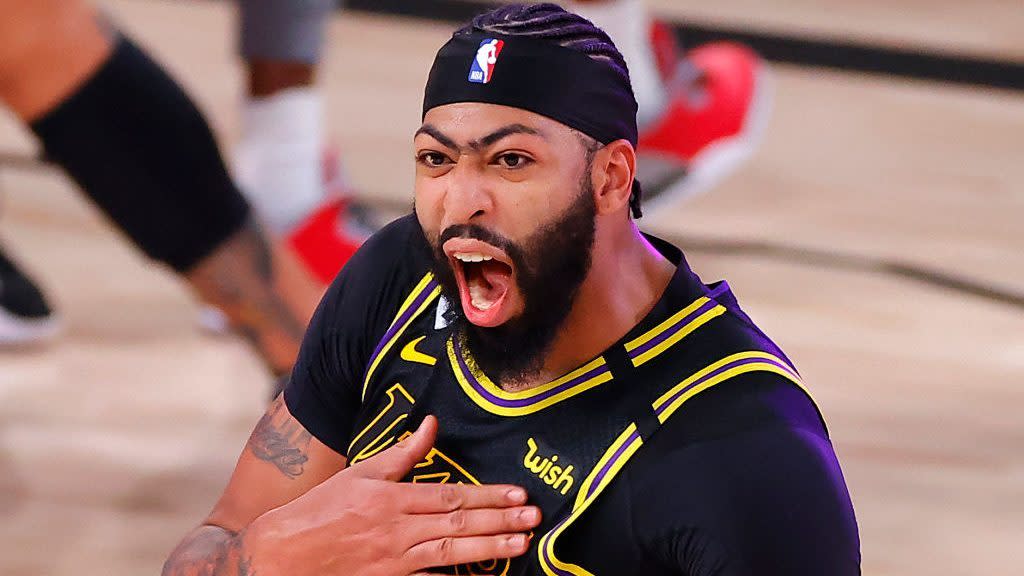 It looked like Nikola Jokic, the All-NBA Second Team center, was going to be the star of the game — he scored Denver’s last 11 points and had them up with 2.7 seconds to go.

Then Anthony Davis — the All-NBA First Team center — drained this game-winner, a three over Jokic at the buzzer to win the game.

AD WINS IT AT THE BUZZER ? pic.twitter.com/pcAe63xESj

Davis carried the Lakers at the end of the game, hitting a couple of clutch threes, and finished with 31 points and nine rebounds. He has been the best Laker in this series, with 68 points and 19 rebounds through two games.

For the Lakers, it was a dramatic win in a game where they were sloppy with 23 turnovers, and where their defense came apart for stretches of the game. Good teams win ugly games, that’s how the Lakers have to view it.

Denver supporters may want to spin this as “look how much better we played” — and they did, slowing the pace down (97 possessions, via NBA.com) and getting inside more — but the reality is the Lakers are only going to have bad outings once or twice a series and the Nuggets needed to take advantage. They didn’t, and this loss stings.

Davis’ good look to win the game came on the kind of defensive breakdown that other teams have not exploited these playoffs. Mason Plumlee was inserted for his size and defense, and he was on Davis, who simply runs across the top of the arc. Plumlee doesn’t stick with him, instead running over by LeBron James, who is just hanging out at the elbow, and acts like there should be a switch. Torrey Craig can’t switch, if he does that LeBron has a free lane to the rim and an easy two. If it was an X-out style switch then Plumlee needed to trail Davis all the way to Jokic, he didn’t, leaving Jokic a ridiculously long closeout. Plumlee blew it. Jokic read the play and got there to contest, but Davis had gotten a clean look.

Jokic had 30 points and nine rebounds for Denver, taking over the game when it mattered most. Jamal Murray had 25 points on 8-of-19 shooting and (as The Athletic’s John Hollinger noted on Twitter) was +16 in 44:14 minutes, meaning Denver was -18 in the 3:46 he was on the bench getting some rest. Denver got 15 points from Michael Porter Jr. and good minutes out of P.J. Dozier (although his five missed free throws in six attempts came back to bite the team).

Los Angeles got 26 points and 11 boards from LeBron and 11 points each from Danny Green and Kentavious Caldwell-Pope.

The Lakers came out flat in this game except for LeBron, who had the team’s first 12 points. It looked like a close game until the Lakers went on an 18-3 run in the second quarter, with 8-0 of that coming with LeBron on the bench. The highlight of that was an Alex Caruso dunk that had the Lakers bench up and yelling.

Los Angeles stretched the lead out to as many as 16, but the Nuggets never quit.

Anthony Davis had to shut the door on them.