Arsenal striker Alexandre Lacazette has shown off his new ‘minion’ football boots as he looks to fire the Gunners into the last 16 of the Europa League.

The Frenchman wore the eye-catching boots in training on Wednesday ahead of Arsenal’s second leg tie with Benfica tonight.

The design was inspired by Arsenal’s third kit and it’s navy blue tie-dyed texture and features two minions from the film ‘Despicable Me’, with each performing one of Lacazette’s famous goal celebrations. 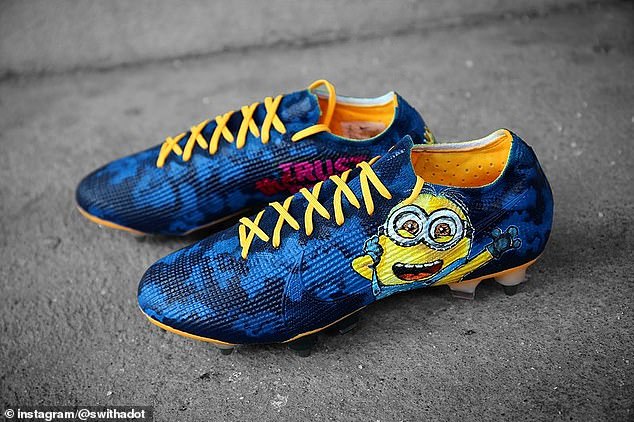 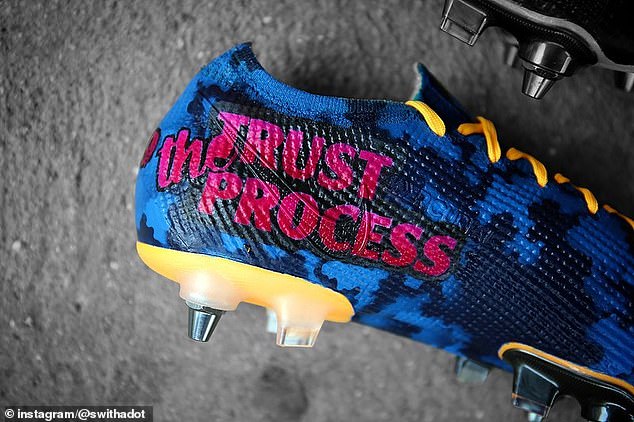 They also have the slogan ‘Trust the Process’, made famous by the Philadelphia 76ers 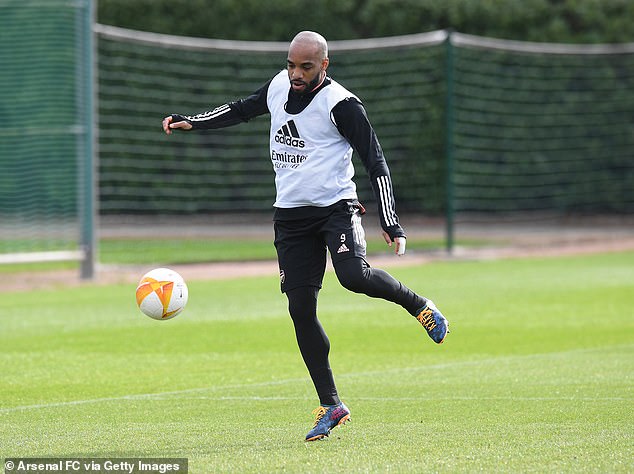 The design was created by SWithADot with the Merc Vapor XIII boots provided by BW Boots UK.

As well as the minions, the boots have the slogan ‘Trust the Process’, a phrase which has been made famous in sport by NBA franchise the Philadelphia 76ers. 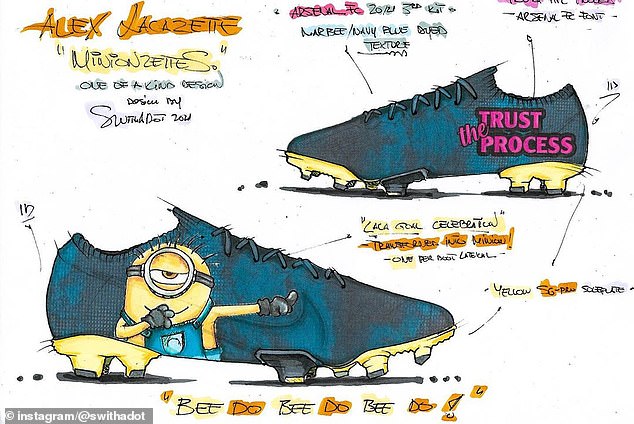 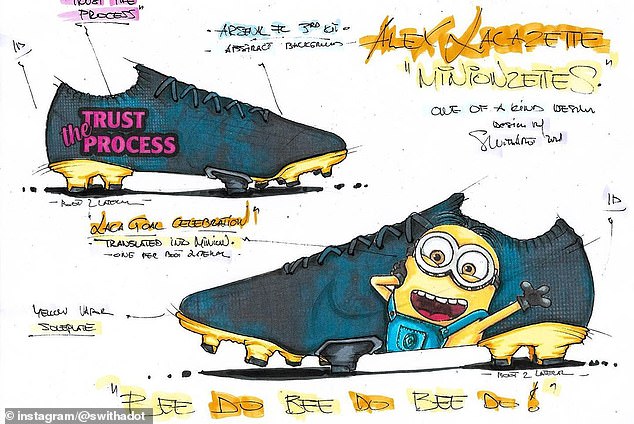 Describing the boots on Instagram, the designers said: ‘He is of the best @premierleague strikers and without question – the owner of two of the best goal celebrations we have ever seen!

‘One of the wildest designs we have ever created, this time in collaboration with the best boots supplier out there – Ben from BWBootsUK!

‘Over a pair of specific Merc Vapor XIII provided by @bwbootsuk the design concept circulates around @arsenal 3rd kit colours and it’s tie-dyed texture. In that manner, we went for multiple navy blue tie-dye art of our own to start with.

‘The inside laterals include touches of pink in form of “Trust the Process” typo, while the heels include two personal ID’s.

‘The jewels of the design – Laca’s two famous goal celebrations, transformed into his favourite Minions.’

The forward could sport the boots in the crucial European fixture, which is taking place in Greece due to travel restrictions. 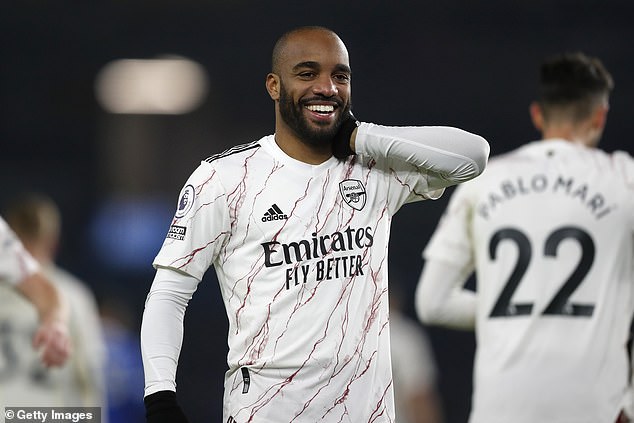 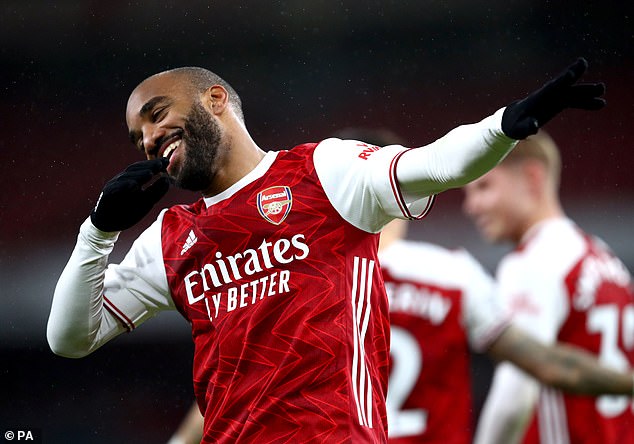 Arsenal earned a 1-1 draw in the first leg last week, which was classed as their ‘away’ fixture, meaning a 0-0 draw would be enough for them to progress to the next round.

But Mikel Arteta will be hoping for a convincing performance ahead of the Premier League clash with Leicester on Sunday.

The Gunners could have had the tie wrapped up last week but missed several chances to give them the advantage and Arteta will be hoping his side is less wasteful in front of goal this evening.