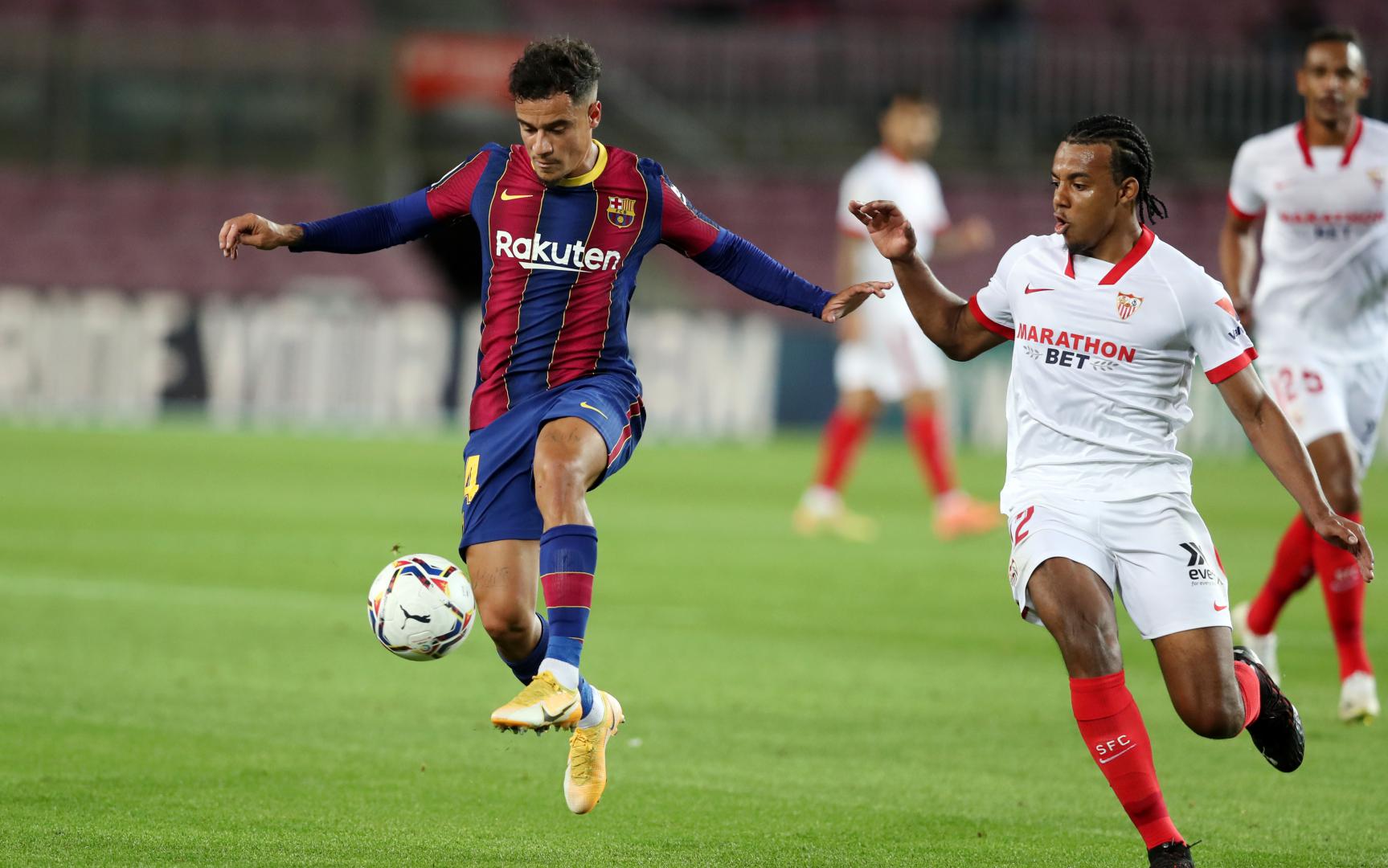 LaLiga’s game of the weekend began brightly with both sides on the front foot at the start of the match. Just seven minutes in, Luuk de Jong fired Sevilla ahead with Barça unable to clear from a corner.

Almost immediately, however, a long ball from Lionel Messi was turned into the path of Philippe Coutinho by Jesús Navas and the Brazilian continued his rich vein of form by smashing the equaliser home.

Chances came and went, with the press from Barça almost paying dividends for Antoine Griezmann.

Ansu Fati also came close on 28 minutes whilst Sevilla remained dangerous on the break. It was an exciting opening 45, and a half in which both coaches will surely have been happy by what they saw.

The pattern continued after the break with no quarter asked or given by either side. Despite a congested midfield, passes were crisp and and attacks, sharp.

On 63, the Andalusians hit the crossbar despite the blaugranes dictating much of the rhythm of the second half to that point.

Thereafter, the match developed into something of a chess match save for the odd foray here and there.

With 10 to play, Sergiño Dest’s first involvement as a Barça player almost helped to produce a goal for Messi, with Frenkie De Jong also going close shortly after.

As Sevilla pressed for a late winner Trincão could’ve won it in injury time, but Bono was equal to the shot meaning the spoils were shared.