The Dutch player was a specific target for the new coach and despite an agreement between both clubs over the deal, the failure to get Ousmane Dembélé to move to Manchester United put the brakes on Depay moving to the Camp Nou. Not even the sale of Rafinha to Paris Saint Germain for three million euro was enough to finance the arrival of Depay.

The other setback for the Catalan side was a failure to secure the services of Eric García with Manchester City remaining obstinate in not letting the teenager move back to his native Barcelona. The Camp Nou club exhausted all options to try and secure the teenagers signature but a failure to remove Samuel Umtiti from the wage bill with no suitors interested in the French international, was also instrumental in seeing the deal flounder. Umtiti will now man the defensive line this season with Barça and set to play alongside Piqué, Araújo and Lenglet. 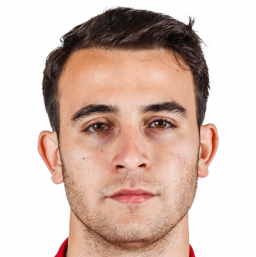 One Barça player to leave the club was Jean-Clair Todibo who moves to Benfica. The French central defender moves to Lisbon on a two-year loan deal after spending last season in the Bundelsiga with Schalke 04 on loan. Benfica wil pay Barcelona two million euro for the two loan deal with an option to buy for 20 million euro also included in the deal for the defender.