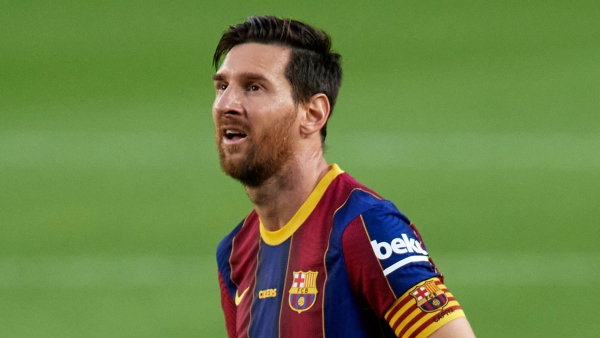 Juventus sporting director Fabio Paratici confirmed Barcelona star Luis Suarez will not be joining the Serie A champions, while insisting the club are not only eyeing Roma striker Edin Dzeko.

But a delay in securing an Italian passport for the 33-year-old Uruguay international has scuppered those plans, Paratici confirmed prior to Sunday’s season-opening 3-0 win over Sampdoria.

“Suarez can be removed from that list, because the time it takes to get the passport is longer than the transfer deadline or the moment we can hand in the Champions League lists,” said Paratici, whose Juve have already filled their non-European quota.

“We evaluated the Suarez option when it was proposed to us. He was in the process of getting Italian citizenship, so we evaluated the possibility of registering him in time.

“It is not possible, so he was never really close.”

While Suarez is off the list, Juve – led by rookie head coach Andrea Pirlo – continue to be linked with Roma’s Dzeko.

Dzeko’s proposed move to Juve is reportedly tied to Roma signing Napoli forward Arkadiusz Milik as a replacement in the Italian capital.

Amid uncertainty over this future, Dzeko was an unused substitute in Roma’s goalless draw at Hellas Verona on Saturday.

“Let’s say there isn’t a Dzeko situation, it’s a striker situation, as Juventus need a centre-forward,” Paratici said as Juve reportedly try to re-sign Moise Kean from Everton. “We know what we want and are working towards that calmly, there are 15 days to go in the transfer window and we’re in no rush.

“There are other situations, not just Dzeko. We know what we want. We’re working for a striker who can work with Cristiano Ronaldo and Paulo Dybala.

“At this moment, we are seeking one striker, we have our objectives and will try to pursue them calmly, regardless of the names.”