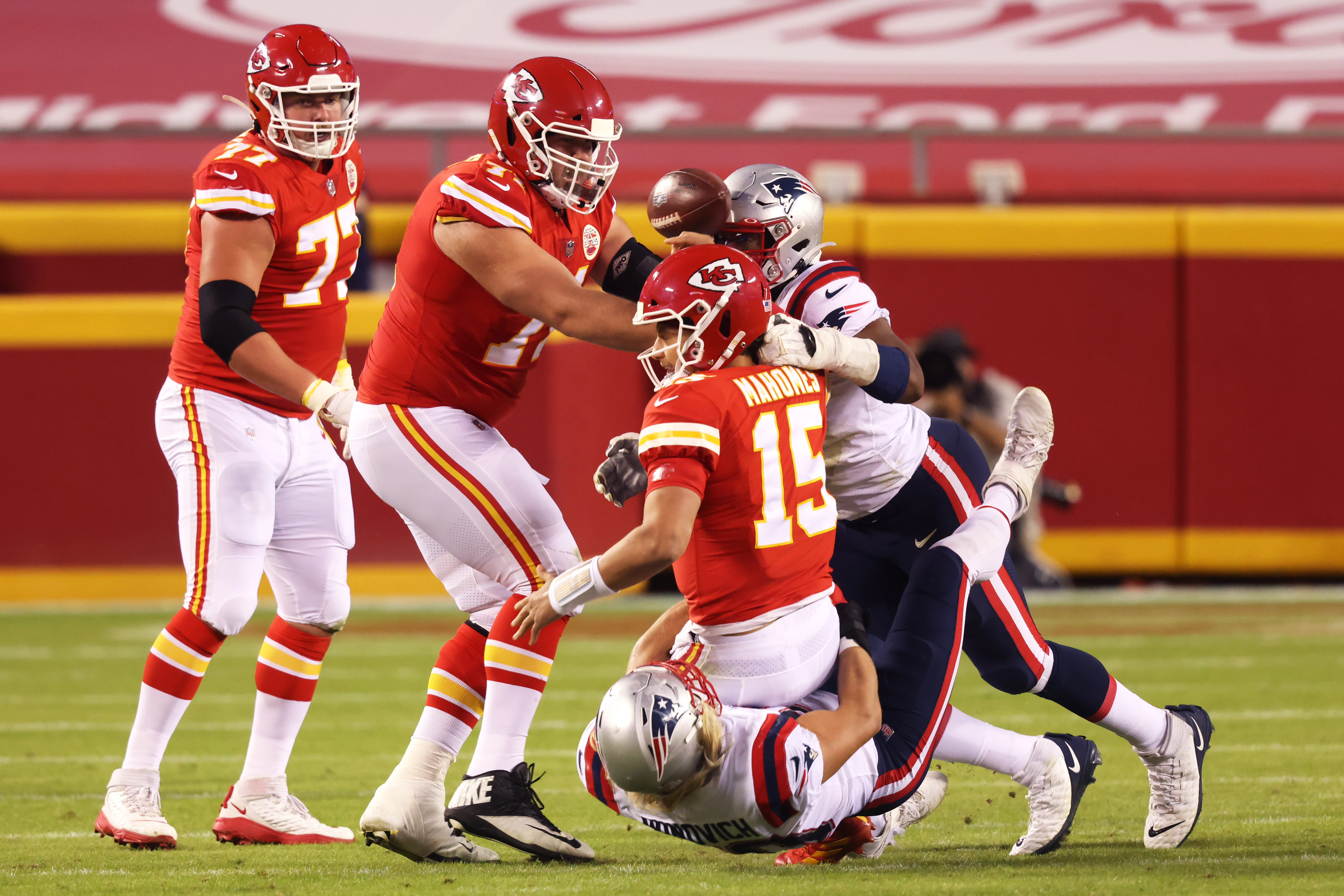 With Kansas City leading, 6-3, and facing third-and-4 near midfield, the Patriots got pressure on quarterback Patrick Mahomes on a dropback. Defensive end Chase Winovich got to Mahomes first, and Mahomes lost the ball as New England pass rushers converged.

Linebacker Shilique Calhoun picked up the loose ball that didn’t hit the ground and started to run toward the end zone. But whistles blew. The play was dead.

Bill Belichick was furious. The Patriots head coach immediately protested and dropped his face covering while giving officials an earful. The play had been ruled a sack with Mahomes in the grasp.

As Belichick was arguing with officials, he declined to challenge what looked like a clear interception, allowing the Chiefs to get off a punt in the meantime.

Did Belichick miss a chance to challenge?

CBS officiating expert and former NFL referee Gene Steratore explained in the aftermath of the play that a challenge may have been successful and resulted in an interception for New England.

“Even on this play, if the whistle does occur … you have an opportunity to put that play back and rewind it and do the right thing,” Steratore said on the broadcast.

“If Coach Belichick just throws that flag as quickly as we can, we have to stop and take that review. It would have also helped if [referee Tony] Corrente would have announced what the ruling was on the field to give them an idea what to challenge and not challenge, but we can clearly see this is an interception.”

CBS’ Tracy Wolfson reported that Belichick told her that he didn’t challenge the play “because he was down.”

After the game — a 26-10 Chiefs victory — Belichick provided a similar response.

“He called forward progressed that he’s down,” Belichick told reporters. “You can’t challenge that.”

Ref agrees with Belichick on challenge

Corrente explained the call in a statement provided to reporters. And he concurred with Belichick’s take on not being allowed to challenge.

Pool report with referee Tony Corrente, which is distributed to all reporters.

Bill Belichick could not challenge the sack call on Patrick Mahomes. Corrente said he felt Mahomes was being “controlled quite a bit” prior to going to the ground. pic.twitter.com/tBnzmWhYYC