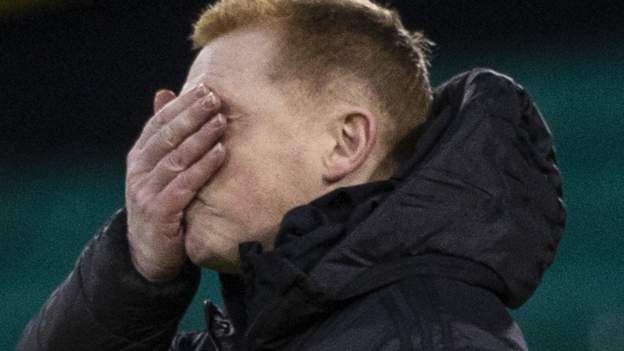 Neil Lennon admitted he feels let down by his players as he labelled the 2-1 defeat to St Mirren the lowest point of his Celtic managerial career.

A first home loss to the Paisley side since 1990 leaves Celtic 23 points behind Rangers with two games in hand.

Lennon “wouldn’t disagree” the pressure of pursuing a 10th consecutive Scottish title has proved too much for his side.

“There has definitely been a disconnect between the team that ended last season and started this one,” he said.

“The lack of belief and lack of quality – it’s not just individuals, it’s a collective, and it’s symptomatic of the season.

“It was dreadful. We deserved what we got today. I would say this is the lowest point of the six years I have been manager here [across two spells].

“Too many of them have been insipid this season, to say the least. Whatever walk of life you are in you need to have a form of professional pride. Especially at a club like this.”

But Ilkay Durmus restored the visitors’ advantage before half-time and St Mirren were good value for their first league victory over Celtic in 11 years.

Lennon admits he is at a loss over how to arrest Celtic’s slump. And, asked if the players were letting him down, the former Celtic captain said: “Honestly, at this minute I think yes, they are. And they have done for quite a while this season.

“It’s difficult to turn it round. You are looking for motivation, ideas. We have tried different formations. I just think the mindset of some of the players has changed.”