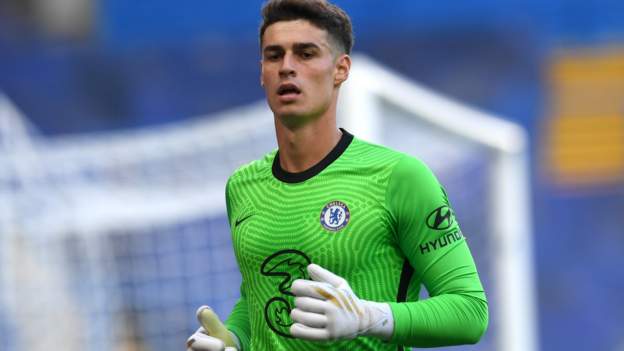 Chelsea manager Frank Lampard says he will try to boost Kepa Arrizabalaga’s confidence after another mistake in Sunday’s 2-0 Premier League defeat by Liverpool.

The Blues are close to signing Rennes keeper Edouard Mendy.

“It’s a clear mistake that has cost us,” said Lampard of Kepa.

“Individually players need support, particularly from myself, and I give that to all the players.

“And now we’ve got to try to give him confidence, because that’s important.

“Nobody tries to make mistakes in football, that’s the nature of the game.”

Spain international Kepa, 25, is still the world’s most expensive goalkeeper having cost Chelsea £71m when he joined from Athletic Bilbao two years ago.

His form has taken an alarming dip though and Senegal goalkeeper Mendy, 28, is likely to join soon, although Lampard would not comment on any potential transfer after the match on Sunday.

He did confirm that Willy Caballero, who finished last season as first choice, will start Wednesday’s Carabao Cup third-round tie with Barnsley.

“That was always my feeling to play him on Wednesday, regardless of today,” said Lampard. “So I don’t want people to make judgements on that game itself.”