Chelsea took down the Frank Lampard banner at Stamford Bridge ahead of their game against Burnley this weekend.

The banner which read ‘In Frank we trust. Then. Now. Forever’ remained in place for Chelsea’s home game against Wolves and Thomas Tuchel’s first game in charge.

However, the club have since removed the tribute to Lampard as a sign of respect to their new manager ahead of his second game in charge. 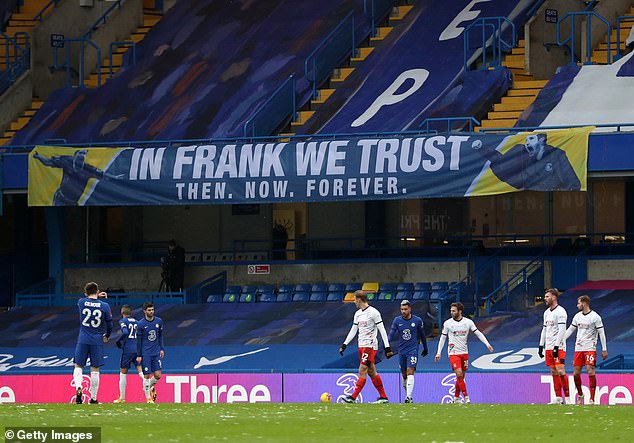 The banner’s removal came shortly after the supporters group ‘We Are The Shed’ had taken to Twitter to say: ‘We asked for the banner to stay in place for today’s game in honour of Lampard and what he achieved with us.

‘We have also asked for it to be removed after tonight out of respect to Tuchel and his team. #ThankYouSuperFrank.’

The club have, however, kept the Lampard banner at the other end of the pitch – in the Matthew Harding stand. 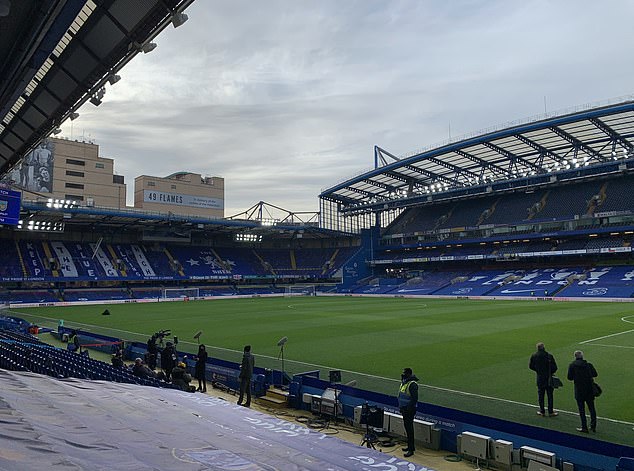 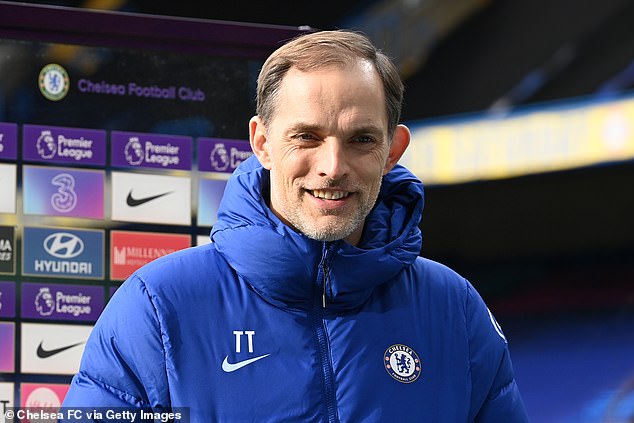 Lampard became the 10th manager to be sacked during the Roman Abramovich era after a series of poor result saw Chelsea drop to ninth in the Premier League table.

Abramovich, speaking publicly in a statement sacking a manager for the first time, described Lampard as a ‘man of great integrity’ but added: ‘Under current circumstances we believe it is best to change managers’ with the club in mid-table.’

Lampard was reportedly told of Abramovich’s decision by chairman Bruce Buck and director Marina Granovskaia in a meeting at Stamford Bridge.

As a result, Tuchel, who had been out of work since being sacked by Paris Saint-Germain in December, was drafted in on an 18-month deal. 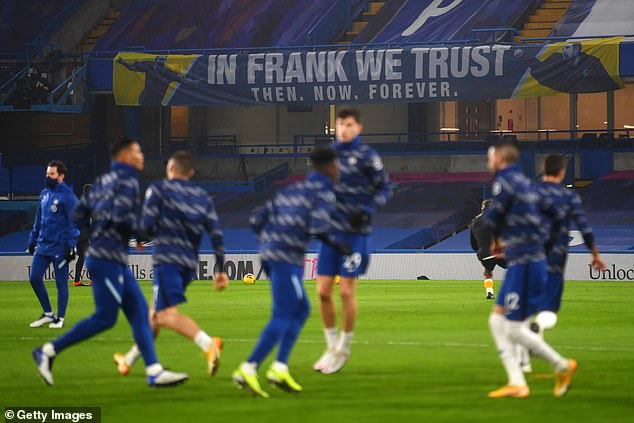 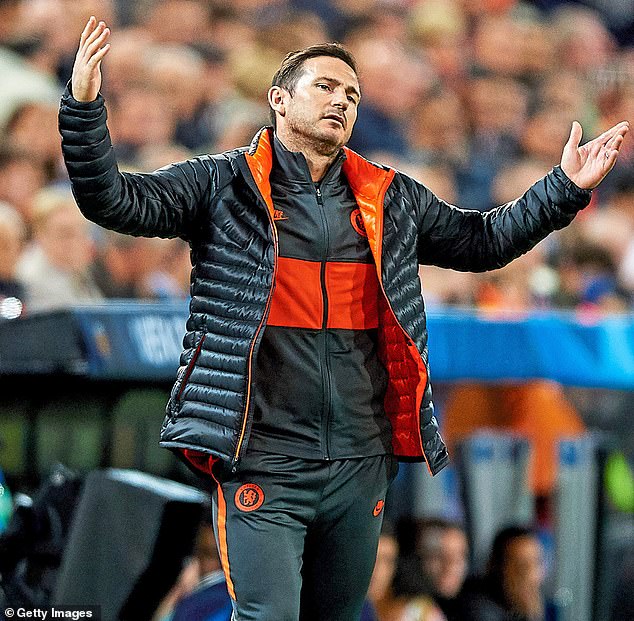 Tuchel has wasted no time getting to know the squad at his disposal and altering the team’s dynamics.

Tuchel handed Marcos Alonso a Chelsea recall after being frozen out since September under Lampard.

While Mason Mount saw himself axed from Tuchel’s first Chelsea line-up as they took on Wolves in a goalless draw earlier this week.