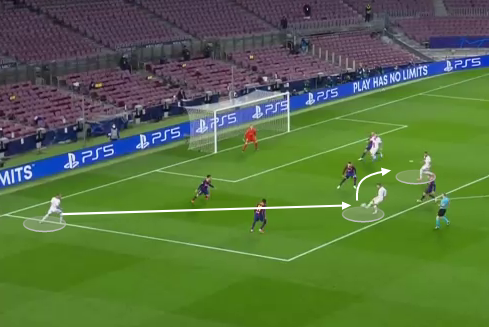 Paris Saint-Germain’s 4-1 victory at the Camp Nou might be remembered as the moment the crown passed from one player to another, the match where the outstanding individual of the last decade could no longer keep up, the night when the new king reigned supreme.

We’re talking about Lionel Messi and Kylian Mbappe, of course, but a similar sentiment could be applied to a more direct battle on the pitch last night, between Sergio Busquets and Marco Verratti.

OK, it’s not quite the same situation. Busquets has been on the wane for a while, with his performance in the 2-0 Clasico defeat to Real Madrid earlier this season a particular cause for concern. Verratti, meanwhile, is hardly a spring chicken — he’s 28, only four years younger than Busquets. This game, though, felt like confirmation of Busquets’ unsuitability for the highest level, and confirmation that Verratti is now capable of running the biggest matches.