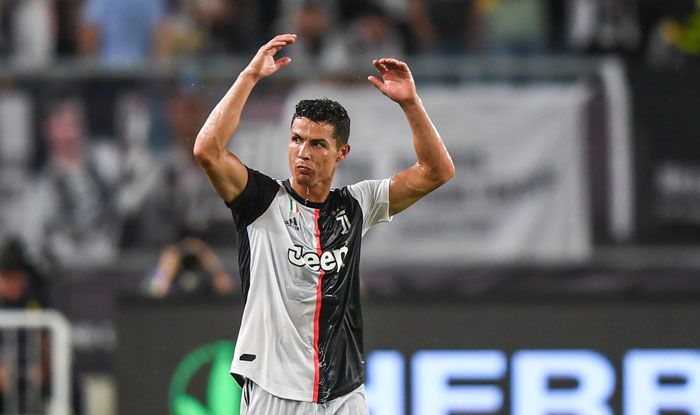 Cristiano Ronaldo reacted after Juventus beat Sampdoria 2-0 in a Serie A clash on Saturday. Ronaldo – who made a comeback to the squad after missing the fixture against SPAL – did not score a goal, but created opportunities for others and played a pivotal role in helping Juve bag all three points. Ronaldo praised the side for the three points and urged them to keep the winning momentum going. Also Read – Lionel Messi’s LEAKED Barcelona Contract The Biggest in World Sports: Report

Juventus – coming off a morale-boosting win against SPAL – got off the blocks quickly as Federico Chiesa opened the scoring in the 20th-minute of the tie. The second goal came in added time of the second half when Aaron Ramsey made most of a Ronaldo pass to find the back of the net. The Bianconneri enjoyed most of the ball possession, while Sampdoria managed merely one shot on target in the whole match.

The three points also helped stay in the third spot and keep their hopes of winning the title alive. Juventus now have 39 points in 19 games. AC Milan with 46 points from 20 games is at the top of the points table, while they are followed by Inter Milan – who are placed second. Juventus take on Inter in their next match and it is expected to be a humdinger.

After the win, Andrea Pirlo praised Chiesa and reckoned the youngster has now settled and is gaining confidence.

“Chiesa is a young player who joined a big club, facing international matches for the first time, and it was a big step up for him, so he was a little shy at first. He’s settled now, gained in confidence and has improved a great deal.