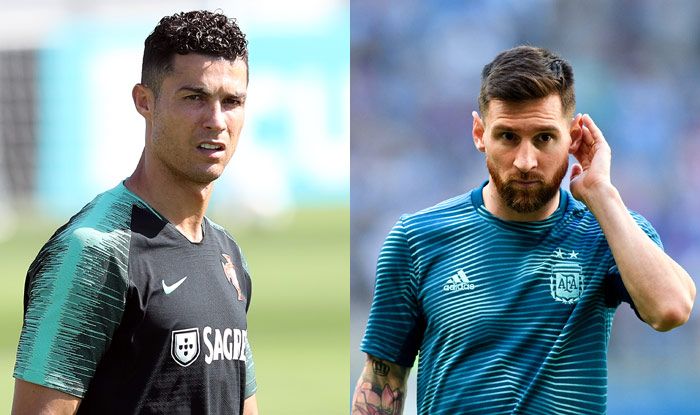 Cristiano Ronaldo and Lionel Messi – regarded as the greatest footballers of the modern era – are often compared with one another, which some may say is not a good idea. But with both the footballers enjoying a massive fanbase, debates and comparisons are bound to happen. Tottenham manager Jose Mourinho – someone who has seen the two legends from close quarters – gave his opinion about them. Also Read – Cristiano Ronaldo vs Lionel Messi: Which Star Contributed to Most Goals in 2020?

Hailing both the footballers, Mourinho reckoned the (Messi and Ronaldo) were ‘lucky’ and ‘unlucky’ for being part of the same generation. He felt they were lucky because they could compete against each other, while he felt they were also unlucky as had there been just one in this generation, he would have got 10 Golden Boots. Also Read – Manchester United 2-1 Aston Villa: Bruno Fernandes, Anthony Martial Goals Take Red Devils Level on Points With Premier League Leaders Liverpool

Speaking to On the Touchline, Mourinho said: “I think they are lucky and unlucky to be in the same generation. They are lucky because they can compete against each other. They look to each other in a positive way and get extra motivation. If there was only one of them, they would have ten Golden Boots.” Also Read – Sachin Tendulkar, Cristiano Ronaldo Lead Wishes on Twitter as Stars From Sporting World Ring in The New Year

“Now, I think they have put the bar really high. And you have the players coming behind, who I like to call the ‘little monsters’. The bar has to be high, so it has to be incredible motivation for Neymar, [Kylian] Mbappé and [Antoine] Griezmann.”

Finally, the former Real Madrid manager signed off by saying that unfortunately, none of them is going to be there forever.

“Unfortunately, Cristiano and Messi will not last forever,” he concluded.

Reports suggest that Messi and Ronaldo may look to move out of their current clubs in the next season.