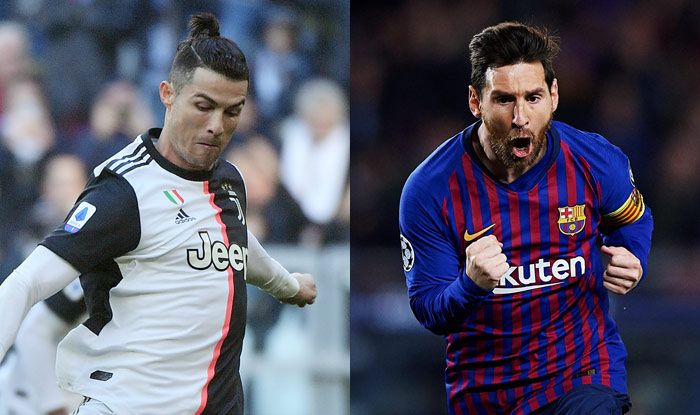 Cristiano Ronaldo and Lionel Messi are arguably the two biggest stars in football in the world now and hence they are always in the spotlight as both the icons enjoy a massive fanbase. The year gone by has not been one of the best for them as they did not live up to the high standards and expectations fans have from them. Also Read – Manchester United 2-1 Aston Villa: Bruno Fernandes, Anthony Martial Goals Take Red Devils Level on Points With Premier League Leaders Liverpool

Neither Ronaldo nor Messi helped their side win a major trophy and hence they were not among the big winners when it came to the awards. Also Read – Sachin Tendulkar, Cristiano Ronaldo Lead Wishes on Twitter as Stars From Sporting World Ring in The New Year

While they look to have a bright and good beginning to the New Year – let us look at both the players carefully to find out who contributed more to goals in the year gone by. Also Read – Cristiano Ronaldo Claims Age Doesn’t Matter; Hoping to Play For Many Years

Lionel Messi: While the Argentinian scored 26 goals in 2020, he assisted 24 times – which makes the total count 50.

Cristiano Ronaldo: Messi’s close rival, Ronaldo scored 41 goals and was the only player apart from Bayern Munich’s Robert Lewandowski to score more than 40 goals. The Juve star was also contributed with eight assists. That makes it 49.

According to this, Ronaldo finishes three – a spot behind Messi. Lewandowski tops the list with 45 goals and 15 assists.

Meanwhile, Ronaldo recently won the Player of the Century at the Globe Soccer Awatds in Dubai.

“It’s a pleasure to win titles,” said Ronaldo, per Goal. “It’s not easy to be top of the game for so many years. I am really proud, but without a team, great coaches and clubs it is not possible.”

Speculations on both the footballing geniuses are rife ahead of the transfer season. It is believed Ronaldo and Messi could be leaving their respective clubs at the end of the season.