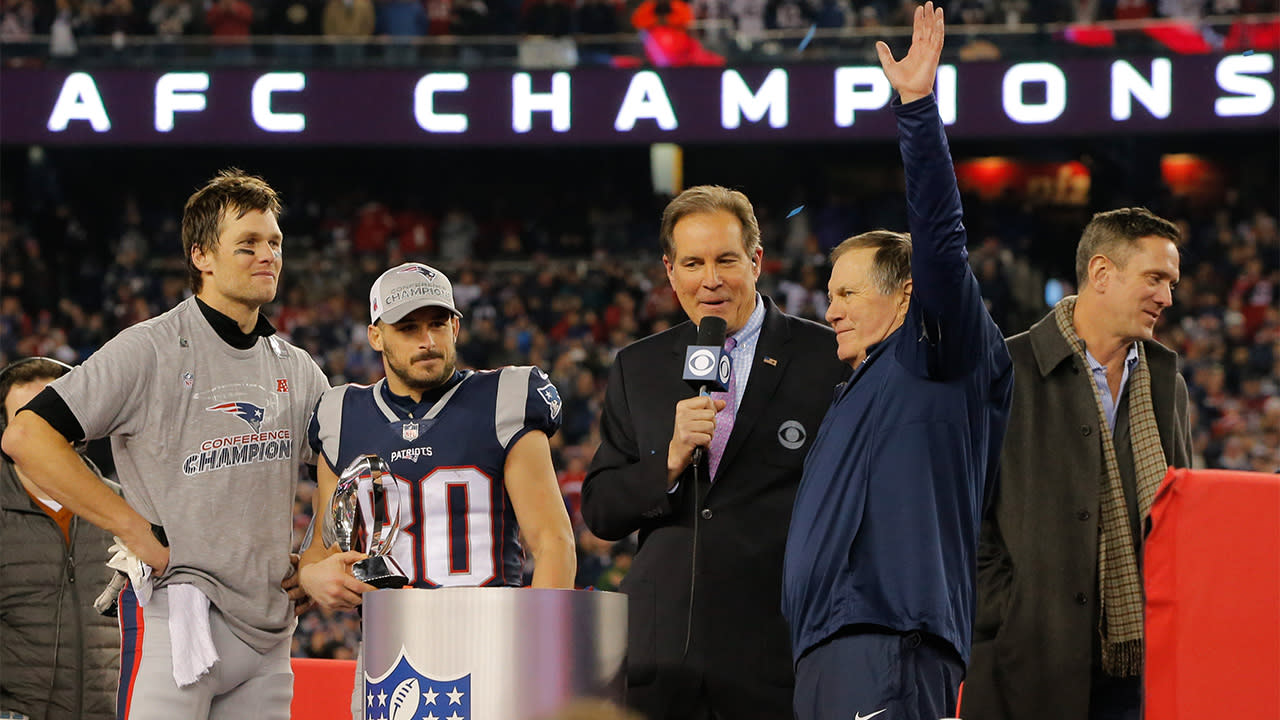 Danny Amendola is dropping the gloves on his former team.

The ex-New England Patriots wide receiver was asked Monday on FS1’s “First Things First” if it will be harder for head coach Bill Belichick to get buy-in from his players in the post-Tom Brady era.

“But Tom Brady is the ‘Patriot Way,’ and that’s the reason why Tom Brady’s in the Super Bowl right now and the Patriots aren’t.”

“When you see the ‘Patriot Way’ in the dictionary, it’s got Tom Brady’s picture next to it. None of those coaches caught any passes. … Tom Brady is the ‘Patriot Way.’ That’s why he’s in the Super Bowl & the Patriots aren’t.” — @DannyAmendola pic.twitter.com/XtVd0ntJPc

Amendola, who has spent the last four seasons with the Miami Dolphins and Detroit Lions, played some of the best football of his career in New England from 2013 to 2017 and won two Super Bowl titles in that span. But he clearly has no love lost for Belichick.

The veteran wideout said in 2018 it’s “not easy” playing for the head coach, who “can be an a—hole sometimes.” So, it’s no surprise that Amendola sides with his former quarterback in the Brady vs. Belichick debate.

What is surprising is the force of Amendola’s take, in which he basically credits Brady for the entirety of the Patriots’ success over the last two decades.

If Brady leads the Tampa Bay Buccaneers to a Super Bowl LV victory over the Kansas City Chiefs on Sunday, he’ll prove he doesn’t need Belichick to win a title.

We know who Amendola will be rooting for.