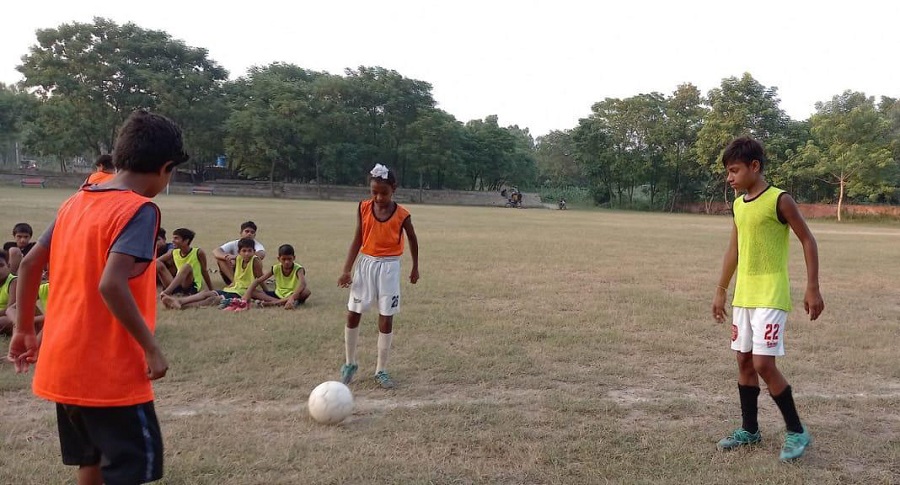 After losing his father, Arjun discontinued his studies in Class V and joined his mother in playing ‘dhol’ at marriages to lend a helping hand to the family. Now 14, Arjun is no longer a school dropout dhol player. He is, in fact, a promising football player.

Arjun, along with several other children who have suffered adverse circumstances in their lives, have had their lives changed through Principal Harbhajan Singh Training Centre, Barian Kalan in Jalandhar.

The training centre was started with one mission, to not let young children get sucked up in the dangerous vortex of drugs. It gives a new meaning and motivation to them by adopting sports to channelise their energy in a positive manner.

One doesn’t expect these kids, who hardly have televisions at their homes, to even know of any international players. They also don’t have enough money to afford a diet and football kit, but ask them who they adore in the game and they name their favourite players — Cristiano Ronaldo and Lionel Messi.

Karan is another player whose mother is the only breadwinner in the house. He lost his father three years ago and his mother works as a house help. Karan aspires to become an Army officer, for which he has taken up the sport. His only pair of worn out shoes injured his foot recently, but he carried on with the practice without any break. His favourite player is Argentine Lionel Messi.

Apart from giving new dreams to these underprivileged children, the centre is also breaking the ageold barriers of gender in this part of the state by offering equal opportunities to girls also. Sonia (10), daughter of daily wagers, is the only girl among 50 boys at the centre. She is a Class VI student. Ask her who her favorite player is and comes a prompt reply, “Ronaldo”. She is an ardent fan of the Portugese player and idolises him.

The talent of these young kids, who have seen a lot in their lives at a tender age, has been recognised by former BSF football coach Suraj Bhan Handa. It was his viision to start the training centre here.

“These small kids have a lot of talent in them. I just didn’t want them to lose their way because of problems and lack of proper direction. We provide them proper diet and kits. I have decided that Arjun, who left his studies, will continue the same, because no kid should be deprived of education. I can see that he is a sharp player and he is going to reach new heights. All these players have a bright future,” Handa said.