By Spencer Morgan For Mailonline

Gianluigi Buffon admits he is still haunted by the memories of Paris Saint-Germain’s dramatic exit at the hands of Manchester United in the last-16 of the 2019-20 Champions League.

The French giants won 2-0 in the first leg at Old Trafford but proceeded to lose 3-1 at home, Marcus Rashford’s 94th minute penalty seeing them exit the competition on goal difference.

Buffon was at fault for United’s second, spilling a long range effort from Rashford into the path of Romelu Lukaku. 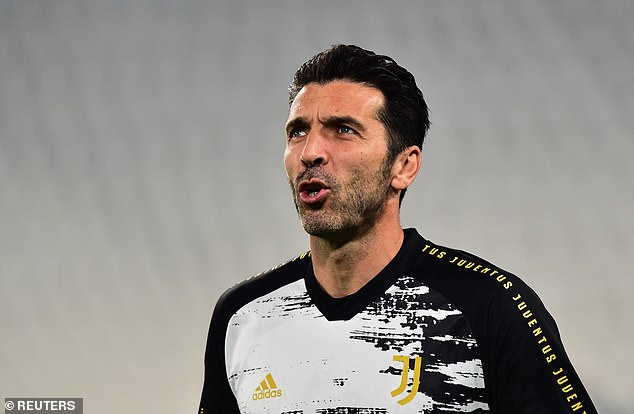 It was a disastrous night for PSG, who were yet to progress beyond the first knockout round at the time.

Buffon, now in his second season back at Juventus, told L’Equipe: ‘It’s a game I think about at least three or four times a week.

‘It brings up a lot of regrets. I was sure we would reach the final that season.

‘In Manchester, we won a big game with a great show of force, and unfortunately I blame myself for an incredible mistake.

‘A mistake that, with the experience I have, I should not have made. I thought it was a formality and I got carried away.

‘It was as if the match was of little value because we had already won 2-0 in the first leg and they, the poor guys, had two players available and nine youngsters.’