‘If Liverpool fancied him they wouldn’t let him go’: Harry Redknapp slams Takumi Minamino after shock deadline day loan switch to Southampton and insists he ‘hasn’t looked good enough’ since arriving at Anfield a year ago

Harry Redknapp believes Jurgen Klopp has ‘no use’ for Takumi Minamino after the Liverpool boss sanctioned his late loan move to Southampton on deadline day.

In what was one of the most surprising moves of the day, the Saints managed to secure the shock signing of Minamino until the end of the season – just a year after the Japan international joined in a £7million move from RB Salzburg.

However, it hasn’t quite worked out for the 26-year-old who has failed to break into the Reds’ starting XI in the 12 months he’s been at the club. 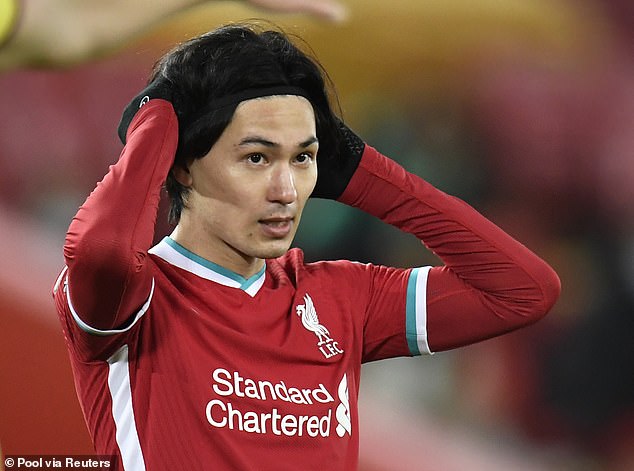 This season, Minamino has played only six minutes of Premier League football since scoring in Liverpool’s 7-0 win at Crystal Palace in December and has been frustrated at his lack of opportunities.

And a temporary move to the south of the country is a worrying sign for the playmaker, according to Redknapp.

‘Well, he’s not done it at Liverpool, has he?’, the former Saints manager told Sky Sports. ‘If Liverpool fancied him they wouldn’t have let him go.

‘They wouldn’t be letting players go out on loan if they weren’t any use to the squad. 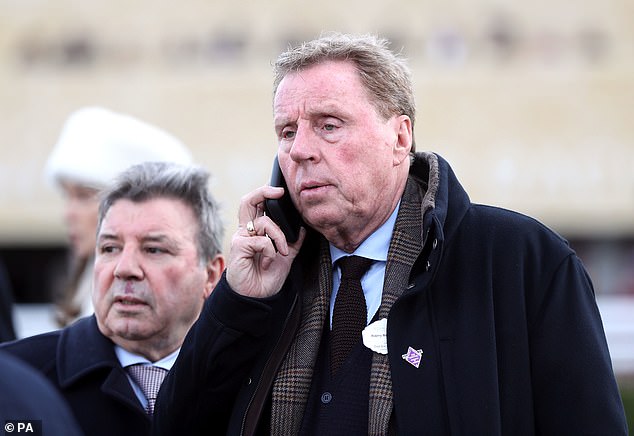 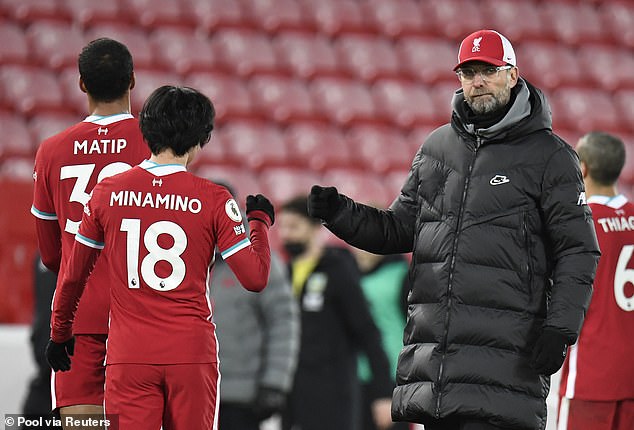 ‘If he [Klopp] felt that he was of any use then he would have kept him there. But his form hasn’t been good and he hasn’t looked good enough, to be fair, at the moment.’

Minamino will now be expected to get valuable Premier League minutes under his belt while helping with the Saints’ push for European football next season.

And while Redknapp was questioning Klopp’s desire to keep a player of Minamino’s quality, Saints boss Ralph Hasenhuttl couldn’t hide his delight with the 11th-hour capture.

Hasenhuttl said: ‘I am very pleased to welcome Takumi to our squad for the rest of this season.

‘He will help provide another good attacking option, and is importantly the right profile of player for us.

‘This will give us some additional depth in our squad at an important time, and I am looking forward to beginning work with him on the training pitch.’ 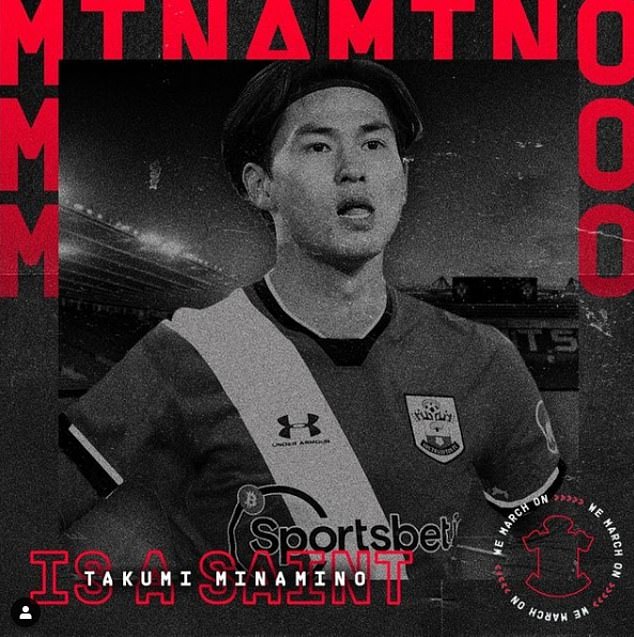 It concluded what was a busy day for the reigning champions, after they completed their shock £2million deal for Preston centre-back Ben Davies with Klopp needing cover in defence following long-term injuries to Virgil van Dijk and Joe Gomez.

Defender Ozan Kabak also joined in the final hours of deadline day on loan from Schalke until the end of the season.

The Premier League champions, who confirmed that Joel Matip became their third centre-back to be ruled out for the rest of the season after suffering an ankle ligament injury at Spurs last week, have an option to buy Kabak for £18million after the current campaign.