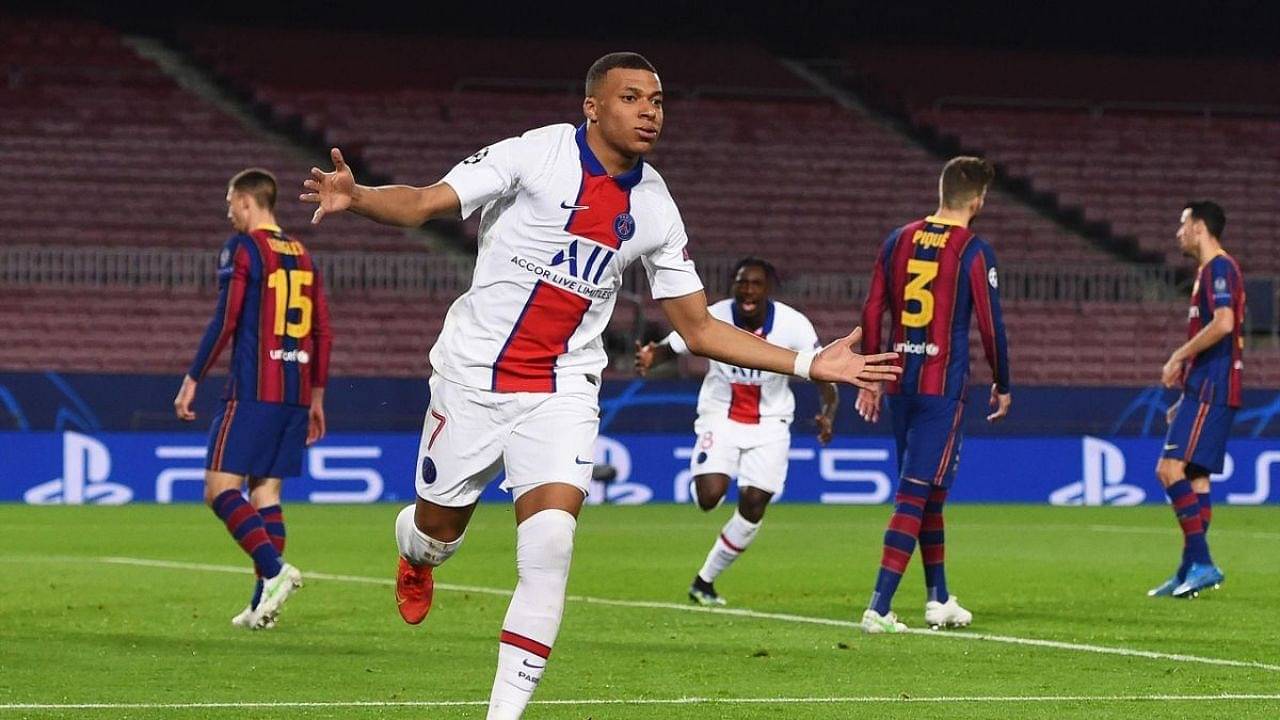 Kylian Mbappe to Arsenal : The PSG man rejected a chance to move to Arsenal

Arsene Wenger’s time at Arsenal has often been remembered by the slew of players the Frenchman failed to convince to move to the club. Despite approaching some of the biggest names in the fraternity, Wenger failed to swing the tide in his favour with these players.

The previous Arsenal manager has now revealed how he had failed to convince Kylian Mbappe to sign for Arsenal. Talking about the now PSG player after his hattrick heroics in the Champions League, Wegner spoke about his conversation with Mbappe during his time at AS Monaco.

“We can talk about Mbappe, I was at his home when he was undecided whether to extend his contract with Monaco. He could have come to Arsenal for free. I would say every club is full of histories like that.”

“You go to Milan, to Manchester, Arsenal, Chelsea there are these kind of stories everywhere.”

Cristiano Ronaldo, Kylian Mbappé and a audacious plan to bring the trio of Leo Messi, Cesc Fabregas and Gerard Piqué to Arsenal ????

Arsène Wenger shares just a few of the big name players that he missed out on with the Gunners!#beINUCL #UCL

Wegner had previously also admitted his admiration of Mbappe as he passed a glowing judgement on the player.

“He could become the next Pelé,” Wenger told Telefoot a couple of years back. “He has no limits. He’s 18 and will only get stronger. I wanted him too, but €180m is too much for us.

“He has a balanced game for a striker. He scores goals and he gives chances. It’s the quality of great players.”

Mbappe had in 2018 also admitted Arsenal’s contact with him and had gone onto talk about the reasoning behind him deciding to give Arsenal a skip.

“I met with Arsene Wenger, who is a great coach. He has a great reputation here in France, he’s well-respected and knows how to develop young players. This was a real option for me.”

“I dream of being managed by Arsene Wenger. He is French, he’s had a great career and now he is free because he has left Arsenal.”

“We weighed up the advantages and disadvantages of all the clubs but my family told me it had to be my decision and one I needed to make,” he admitted.

“It also had to be a long-term decision. So it was up to me and I decided to come here in order to develop.”