– Both players became friends within the club as they shared moments

Lionel Messi and Arturo were inseparable since the Chilean joined Barcelona in 2018 from Bayern Munich with both players visibly seen as friends both on and off the pitch.

As part of the ongoing massive clear out within the Blaugrana squad, Vidal was among the players new boss Ronald Koeman told to leave and now the 33-year-old has left the club to complete a deal with Inter Milan.

Messi’s decision to stay at the club for another season will see a number of players axed to help fund his massive wages.

And the Argentine has confirmed that the Chilean has left the club in an emotional message, describing ‘his friend’ a phenomenon.

Messi wrote: “These years were two years of sharing many things and you made yourself notice a lot, the dressing room will miss you.

“I wish you all the best in this new stage at your new club. We will cross again, for sure.

“I only knew you from facing each other and you always seemed like a phenomenon to me, but then I was lucky enough to meet you personally and you surprised me even more.” 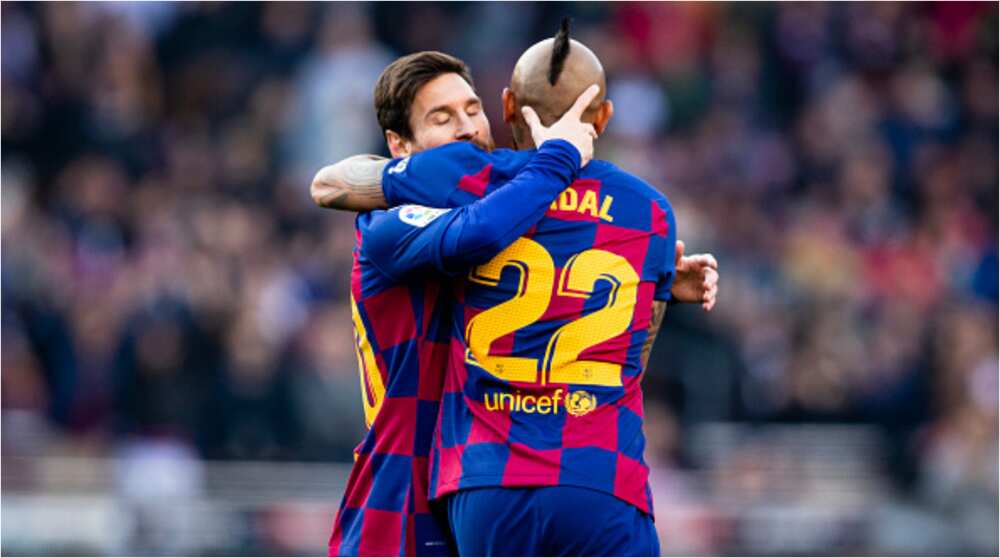 The deal would see Vidal reunite with Inter manager Antonio Conte, under whom he won three Serie A titles in a row at Juventus.

Also, Samuel Umtiti could be the next player to have his contract terminated at Barcelona with latest reports saying the Catalans are ready to let the player go for free.

Premier League clubs Manchester United and Arsenal are ready to swoop on the centre-back who has another two years left on his deal with the Spanish club.

The 26-year-old has fallen down the pecking order at Camp Nou with Clement Lenglet the preferred for the position.

Meanwhile, Bioreports earlier reported that Riqui Puig could be on his way out of the Camp Nou as Barcelona manager Ronald Koeman has reportedly told the youngster to go in search of another club.

According to RAC1 journalist Gerard Romero, Puig has been shown the exit door by the ruthless Barcelona boss who earlier told Luis Suarez to also leave.

Puig was among the 17 players who missed training during the Lionel Messi debacle ahead of their pre-season plans.

Barcelona have launched what the club describe as urgent operation looking to clear out several other players in a bid to get funds to bring in at least three new players.