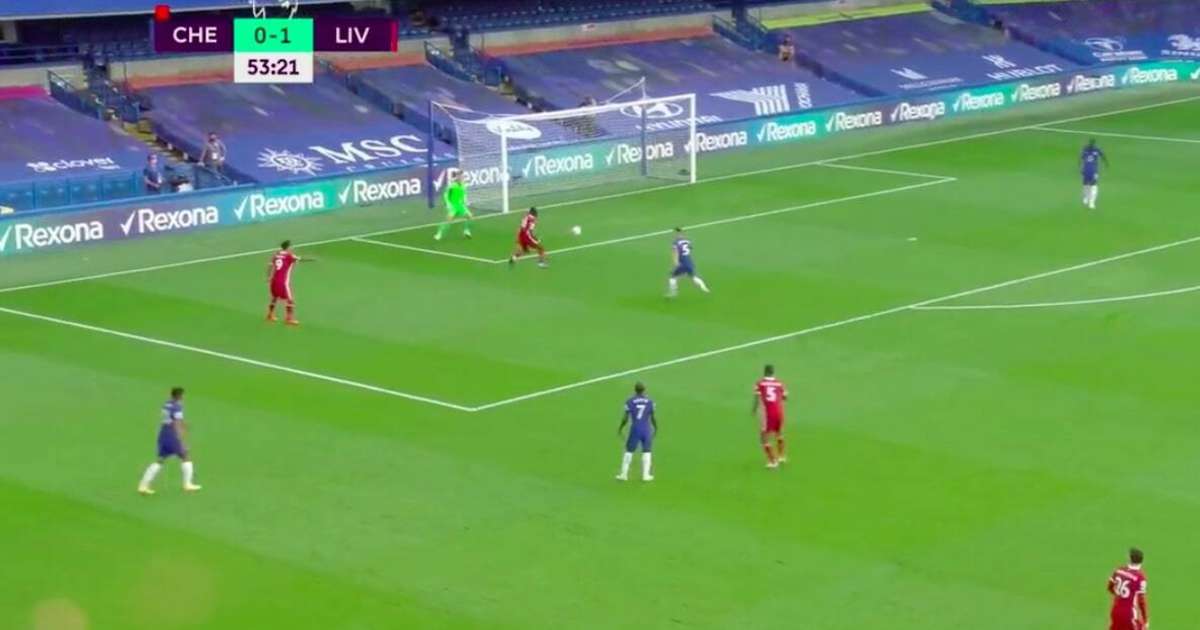 After a pretty drab 45 minutes at Stamford Bridge, the Chelsea vs Liverpool match came to life just minutes before half-time.

Jordan Henderson played a long ball over the top of Chelsea’s defence for Sadio Mane to latch on to.

The question was whether he could beat Kepa Arrizabalaga to the ball. But we couldn’t find out the answer because Mane was brought down by Andreas Christensen.

Referee Paul Tierney initially gave a yellow card but, after consulting his VAR monitor, it was upgraded to a red.

While Chelsea saw out the remaining few seconds of the first-half, it was always going to be tough task against the champions in the second.

And within five minutes, the away side were ahead.

Roberto Firmino’s cross was headed in by Sadio Mane and Liverpool were in control.

Chelsea just needed to keep it tight for the next 30 minutes and hope to knick a goal. Stay in the game as long as possible.

For Kepa ensured that wasn’t the case.

Four minutes after the first, the under-fire goalkeeper passed to ball straight to Mane after being closed down, allowing the Senegalese to put the game beyond doubt.

Now, when is that Edouard Mendy deal being completed?

All summer, everyone has been saying that Kepa needs replacing at Stamford Bridge and those arguments only increased after he conceded a soft goal against Brighton on Monday.

After this mistake, surely there’s no coming back.

A £22 million deal for Rennes’ goalkeeper Mendy will be completed in the coming days but Frank Lampard’s delay in replacing Kepa has cost Chelsea.

Quite what the future holds for Kepa now is unknown but you can’t help but feel he’s better off with a change of scenery. He’s clearly lost all his confidence in west London.