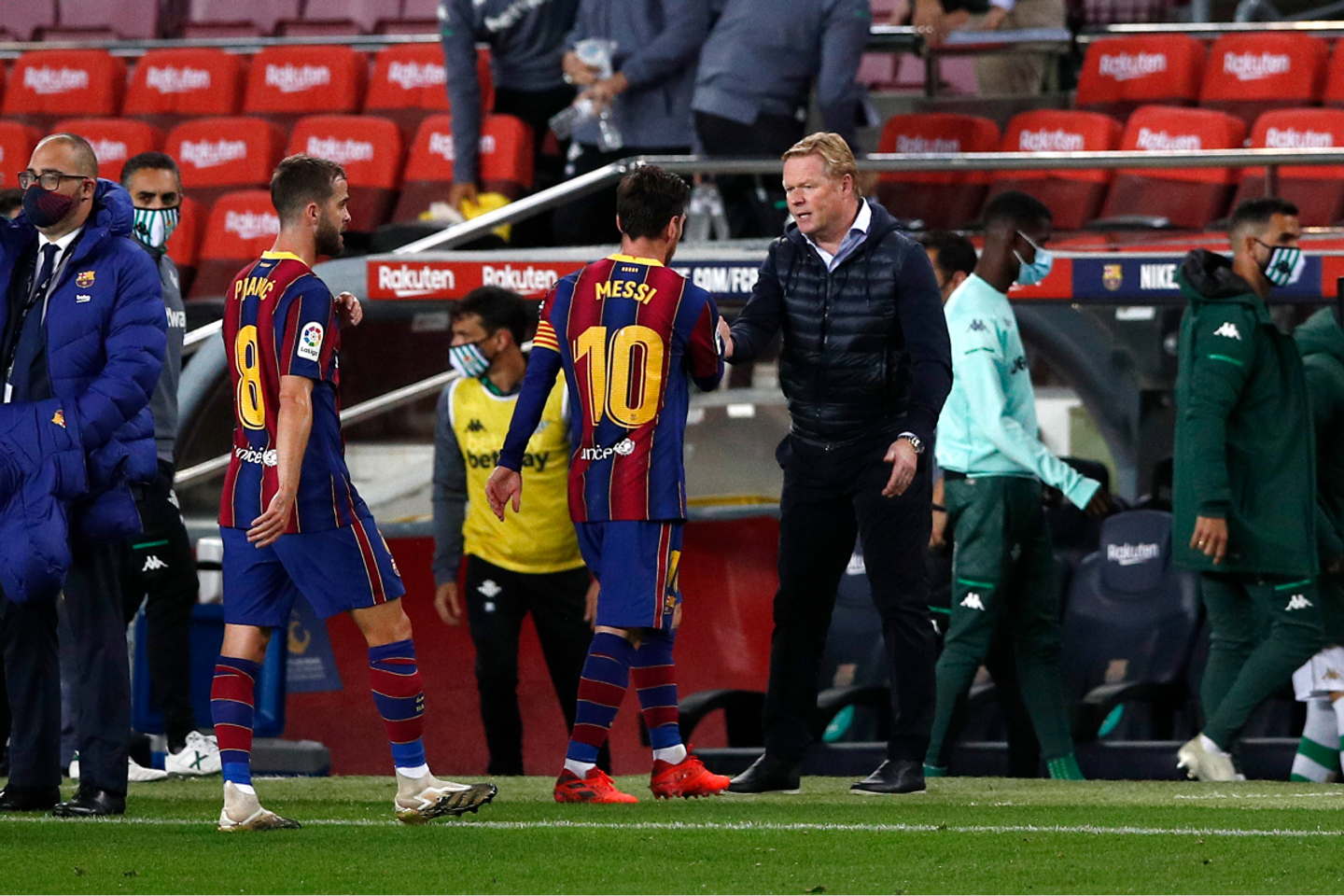 How close did Messi come to leaving last summer?

Very. Last summer Messi sent a fax to the club saying he wanted to trigger a clause in his contract which would allow him to leave on a free transfer.

He was eventually persuaded to remain at the club. But his request to leave led to the resignation of club president Josep Maria Bartomeu in October.

Messi described his reign as “a disaster”.

Messi is still ambiguous on his next move and said in December: “I do not know what I am going to do yet.”

In October The Athletic broke the news that Manchester City will explore signing Messi on a free transfer in the summer, should he fail to agree terms with Barcelona.

In an interview with The Athletic’s football correspondent David Ornstein, City Football Group’s chief football operations officer Omar Berrada described Messi as “clearly the best player in the world” and said any club would “love” to have the six-time Ballon d’Or winner in their team.

Paris Saint-Germain are also interested and Leonardo, the club’s sporting director, said in an interview with France Football last month that “great players like Messi will always be on PSG’s list.”

What has Koeman said?

Koeman was interviewed by Alan Shearer in an exclusive interview for The Athletic, which you can read here.

“I spoke to [Messi] in his house before we started the season, and I made plans with him and he was really enthusiastic,” Koeman said.

“Finally, little by little he accepted that situation. But, nobody knows what will happen in the future.

“I’m not confident (that he’ll stay) but I’m hopeful, yes because he’s still a great player and he’s still winning matches for the team. I still don’t see Leo Messi in another shirt other than the Barca shirt.”

What else does Koeman discuss?

Plenty. Koeman speaks about the pressures of managing Barcelona, the club’s ongoing presidential elections and his time in the Premier League with Southampton and Everton.

To read the full exclusive interview, Go Deeper below.