Lautaro Martinez ‘set to sign £86,000-a-week contract at Inter Milan which will REMOVE his £98m release clause’ in a blow to Barcelona’s chances of signing the highly-rated forward

Lautaro Martinez has agreed a new contract with Inter Milan that will get rid of his £98million release clause, according to reports.

The Argentinian forward was strongly linked with a move to Barcelona last summer as a replacement for Luis Suarez – who departed for Atletico Madrid – but Martinez opted to stay at the San Siro.

The 23-year-old’s form this season, which has seen him score 10 goals in 27 matches in all competitions, renewed talk of a move to the LaLiga giants, who are struggling in the Spanish top-flight title race this season. 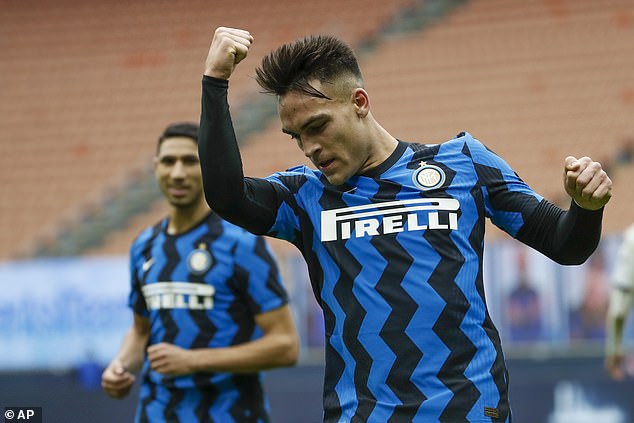 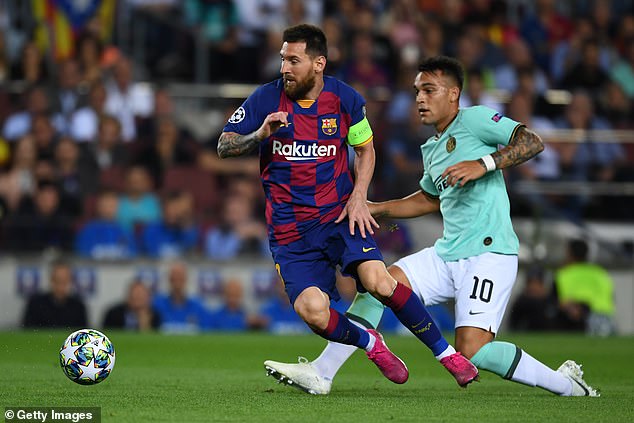 But according to Italian news outlet Gazzetta dello Sport, Martinez will pen a new £86,500-a-week contract with Inter that will increase his chances of staying at the San Siro in the longer term.

The forward was previously on a £48,000-a-week deal with the Nerazzuri and Martinez was in talks with Inter over a bumper contract before the coronavirus pandemic.

The Argentine initially asked for around £140,000-a-week but lowered his demands when the Covid-19 crisis impacted football’s finances in the second-half of 2021. 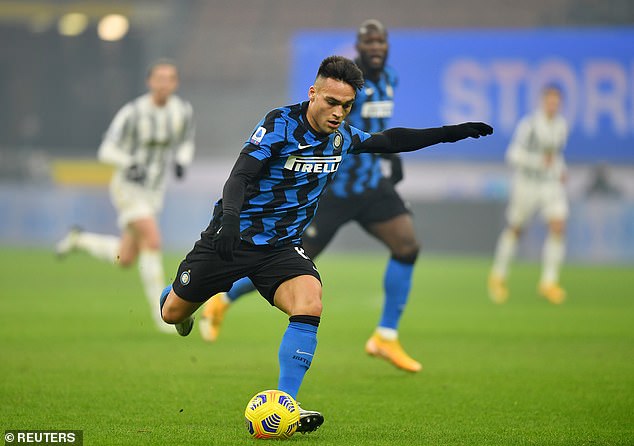 The Argentinian forward’s salary will increase up to £86,000-a-week, according to reports

Martinez’s goals were crucial for Antonio Conte’s side last season as the striker netted 21 times in all competitions and formed a superb partnership with Romelu Lukaku.

Inter finished the 2019-20 campaign just one point behind champions Juventus and were beaten Europa League finalists too.

However, Martinez has struggled in front of goal in 2021 and has failed to find the net in Inter’s last four Serie A matches. 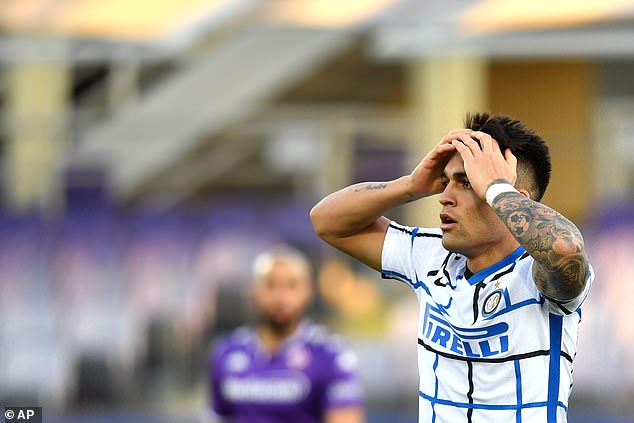 Conte’s side have spurned several opportunities to displace city rivals AC Milan at the top of the Serie A table with dropped points away at Sampdoria, Roma and Udinese – though Inter did beat Juventus 2-0 to boost their title chances.

Martinez is three goals behind strike partner Lukaku in Inter’s league scoring charts, who is another three behind the league sharpest shooter Cristiano Ronaldo – who has 15 goals in 15 games.

Martinez and Co take on Benevento next as they look to keep the pace with rivals AC Milan, who beat Bologna in Saturday’s early kick-off.