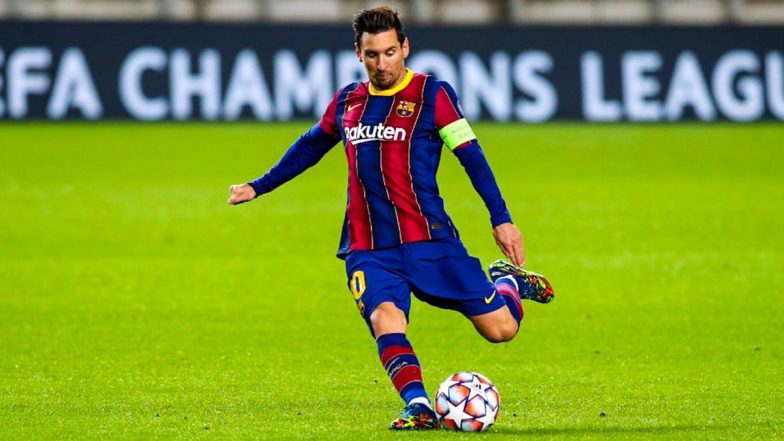 Last night, Lionel Messi exactly did what he is the best doing at – scoring goals. So last night against Elche in La Liga 2021 fixture, the six-time Ballon d’Or award winner scored a brace against Elche and led the team to a 3-0 win. The match was held at the Camp Nou and ended up being quite an exciting one, particularly after their last outing against Cadiz where the match ended up with a disappointing 1-1 draw. Cutting to the game against Elche, no goals were scored until half-time as the scoreboard read 0-0. He scored goals at the 48th and 68th minute of the match. Barcelona Flaunts Lionel Messi’s Records on Social Media After 1-1 Draw Against Cadiz, Gets Trolled Mercilessly (Read Tweets).

Jordi Alba chipped in with yet another goal at the 73rd minute of the match. Talking about the possession, the home had the ball for 66 per cent of the times whereas, the rest 34 per cent was held by the visiting team. Barcelona created 772 passes during the game whereas, 405 passes were made by Elche. Barcelona had taken nine shots out of which five of them ended up being on target whereas Elche took six shots. The visiting team only had one shot on target.

Now, let’s have a look at the goal highlights:

How To Watch Barcelona vs Elche, La Liga 2020–21 Live Streaming Online in India? Get Free Live Telecast of Football Score Updates on TV