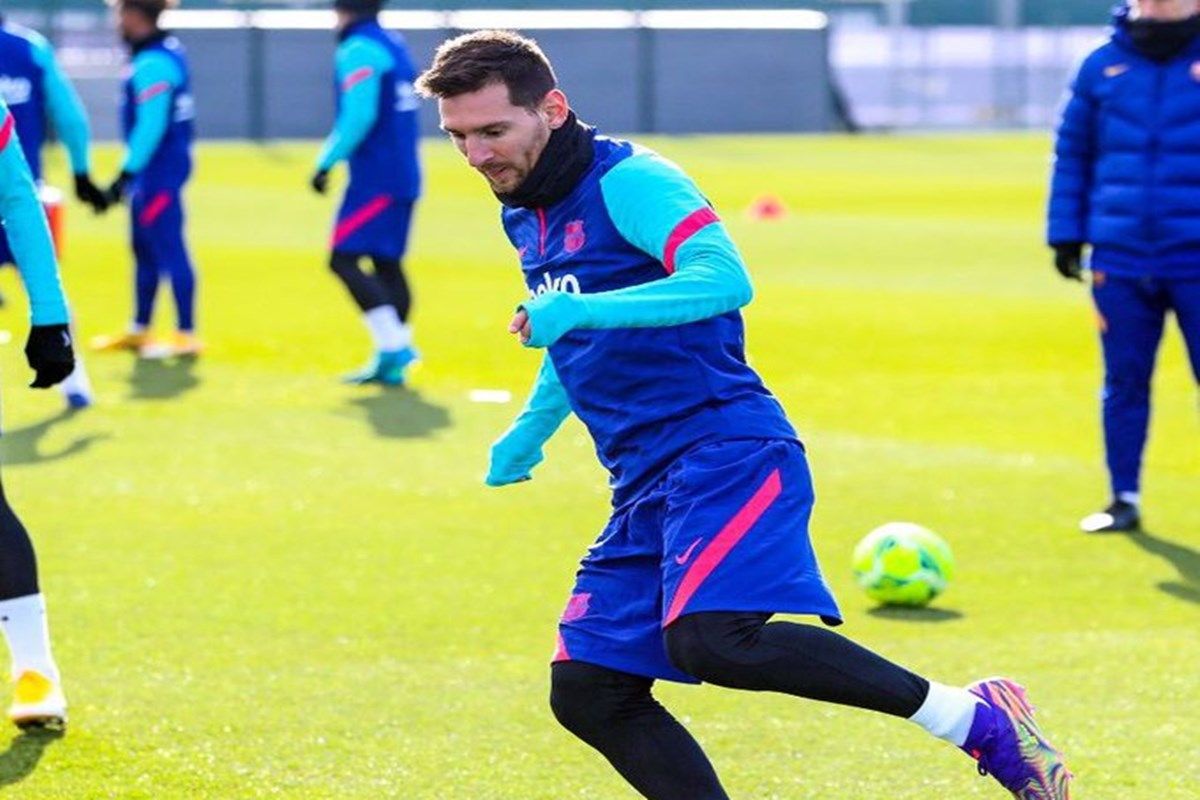 Lionel Messi is back and he is firing! Come the new year and Messi seems like he is recharged and raring to go after missing out on a few games for Barcelona due to a right ankle injury. Messi was at Barcelona’s first training session of the new year and looked in top form and shape as he flaunted his wizardry with the ball. Also Read – Lionel Messi Transfer News: Barcelona Star Rejects Spartak Moscow in Hilarious Twitter Exchange

During the training session, Messi showed his class as he dribbled past three defending players before slotting the ball at the back of the net with his customary left-foot shot. Also Read – Cristiano Ronaldo vs Lionel Messi: Tottenham Manager Jose Mourinho on Juventus-Barcelona Icons GOAT Debate

Here is the video of Messi’s insane goal: Also Read – Cristiano Ronaldo vs Lionel Messi: Which Star Contributed to Most Goals in 2020?

Messi was wearing the new Barcelona kit which has been loved by the fans of the Spanish giants.

Barcelona has not been in good form and they would like to turn things around with a little inspiration from Messi. The Spanish giants drew their last fixture against Eibar. Barcelona is currently placed at the sixth spot in the LaLiga points table with 25 points in 15 games. They have won seven and lost four matches this season.

For Messi, it could be the fag end of his career at Camo Nou as the Argentine superstar has already made himself available for trade six months ahead of the expiry of his contract with Barcelona – a club he started his career with and won six Ballon D’Or awards.

Last year, after the humiliating 8-2 loss against Bayern Munich – Messi had informed the officials at the club that he would like to be released. Soon after making this shocking announcement, Messi made a dramatic U-turn and decided to continue with the club till the end of this season.

Barcelona will play Huesca on Sunday in their next LaLiga fixture.