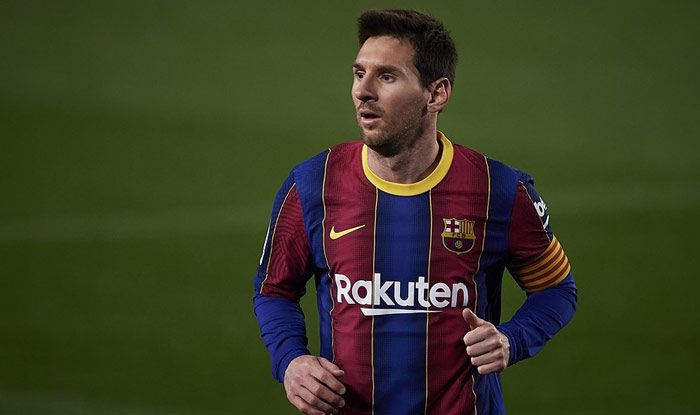 Barcelona manager Ronald Koeman made a huge claim about captain Lionel Messi’s future at the club and said he is not confident about the Argentine staying. Messi is considered amongst the greatest players to ever play the game and he won every trophy in the Barcelona jersey be it the Champions League trophy or the Ballon d’Or. The Argentine shocked the footballing world by revealing his desire to leave Barcelona ahead of the ongoing season by sending a fax to the club. But eventually, Messi decided to stay till his contract expires for one more season. Also Read – Lionel Messi Contract Leak: Former Barcelona President Josep Maria Bartomeu Denies Leaking €555m Deal

Koeman took over the charge from Quique Setien after the humiliating 8-2 defeat against Bayern Munich in the UCL quarterfinals. The 57-year-old said it was a difficult time when Messi announced that he wants to leave Barcelona. Also Read – Lionel Messi Generates One-Third of Barcelona’s Income: Joan Laporta on the Argentine’s Contract Leak

“It was a difficult time because he’s still the best player, but he was angry about some situations in the club,” Koeman told Alan Shearer and the Athletic Also Read – Barcelona vs Athletic: Lionel Messi Hits 650th Career Goal in 2-1 Win at Camp Nou

“And he was not happy that he was in a team who lost 8-2 against Bayern Munich in the quarter-final of the Champions League. Of course, he was angry, he had to leave, he wanted to leave the team.”

Koeman said he is hoping Messi to stay as the Argentine is still winning matches for Barcelona.

“I’m not confident about that. I’m hopeful, yes, about this because he’s still a great player and he’s still winning matches for us, for the team. I’m enjoying being his coach, if you look at his qualities every day in the training sessions, it’s incredible. Of course, he came as a young kid to Barcelona. And I still don’t see Leo Messi in another shirt other than the Barca shirt.”

“I don’t have any problems with Leo. He is the captain of the team, I speak to Leo about tactical things and we have a really good professional relationship that I have with all the players. But he is… OK, he’s the captain, so you always have more communication with him,” Koeman said.