Manchester United youngster Facundo Pellistri is set to join LaLiga side Deportivo Alaves on loan for the rest of the season, according to reports.

The 19-year-old joined the Premier League side from Penarol in a £10million deal in the summer but is yet to make his first-team debut.

Ole Gunnar Solskjaer admitted United had been in discussions with a number of clubs over a temporary move and Goal claim that the winger will sign Alaves. 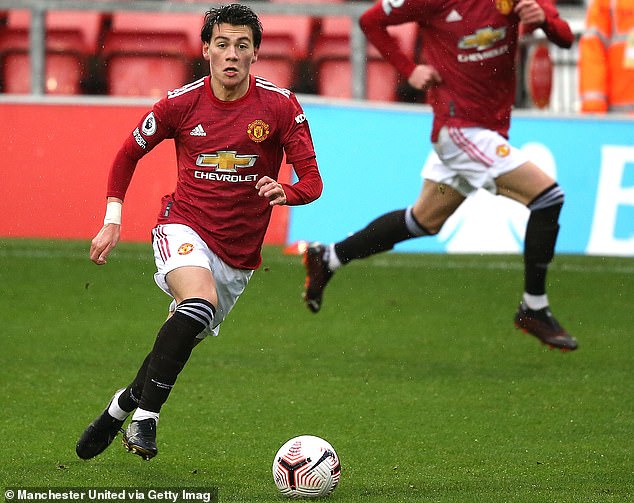 The report states he will fly to Spain on Sunday to complete the move with Alaves making a contribution to his wages.

Pellistri has made eight appearance for the Under 23 side but is now looking for regular first-team football.

‘There has been talks and there’s been quite a few clubs interested in Facundo to go out on loan and that’s maybe something we will let him do now,’ Solskjaer said this week.

‘He’s had a few games in the reserves. We want him to have regular football, of course, at a high level of course.’ 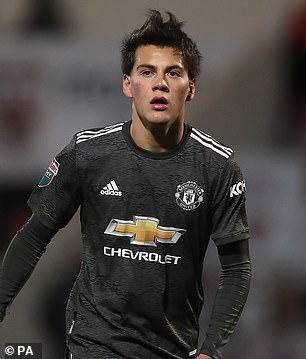 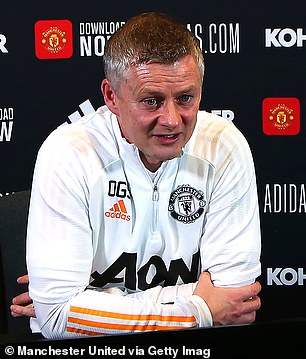 The Uruguayan’s agent also confirmed a move to Spain was likely before the end of the window.

The winger tested positive for coronavirus earlier this month but has now fully recovered.

Solskjaer confirmed his plan for Pellistri is different to the one the club have put in place for fellow youngster Amad Diallo, who arrived from Atalanta earlier this month.

‘With Amad, I think it’s a different scenario. He’s just come in, he’s going through a good training regime and training programme and he’s doing well. It won’t be too long, I feel, before I can bring him into the squad.’