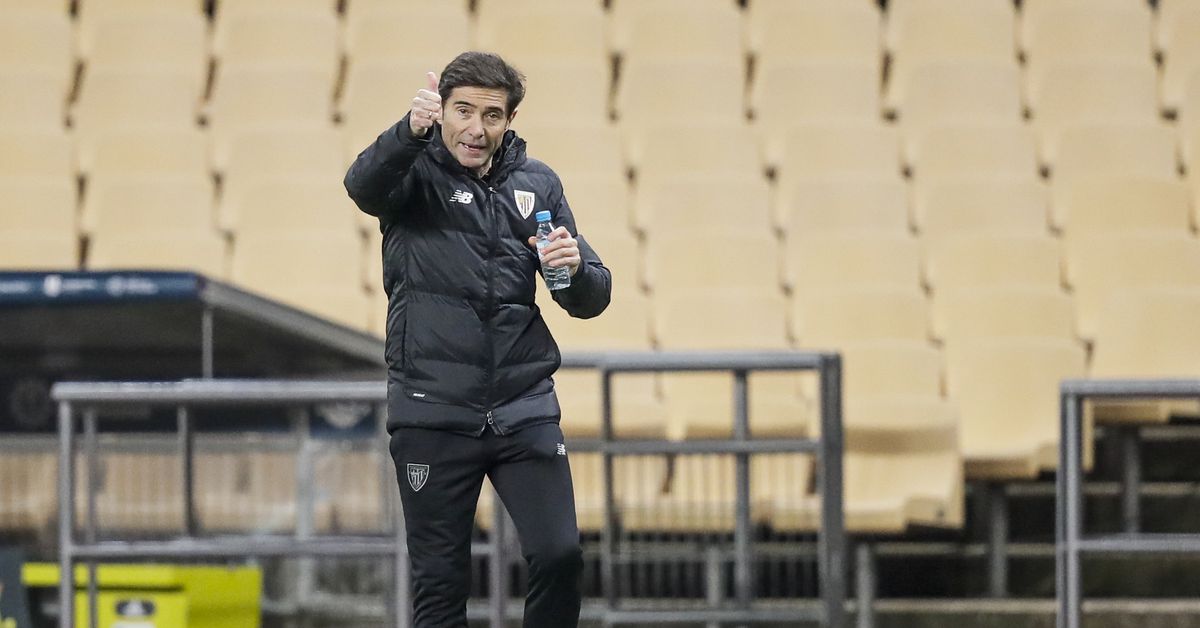 Athletic boss Marcelino spoke about the threat Lionel Messi poses his side ahead of tomorrow’s clash with Barcelona at the Camp Nou.

Messi scored twice in the reverse fixture at San Mames at the start of the year but was subsequently sent off when the two teams meet in the Spanish Super Cup final.

Marcelino says his team won’t man-mark the Barca captain but will do all they can to stop him influencing the game in the hosts’ favor.

“We are not going to mark Messi individually, but we must limit his participation as much as possible and be attentive to the ball and where it can reach him.

“We will try to ensure that Messi has the minimum possible participation and when he does, it should be as limited as possible in time and space.”

The Athletic coach also spoke about Messi’s performance in the Super Cup final, when he came back from injury, and also offered his thoughts on Barca’s other attacking threats.

“In the final, it seemed that Messi was weakened and he was not so decisive, and we hope that in this third game it will be the same again. With Messi, Barça is more difficult to counter. There is a footballer who is above the rest and it’s Messi. The statistics and the games we all see make us think so. They have other good players; there’s one who is in an extraordinary moment, De Jong. Pedri played a spectacular game, Dembélé and Griezmann are very good. These are players we can’t give a meter or a second to.”

Messi heads into the match after making a goalscoring return to action in the Copa del Rey win over Rayo Vallecano in midweek. If the captain does score on Sunday it will be his 650th goal for Barcelona.