Martin Keown claims Kieran Tierney is exactly the type of player Arsenal need after the left-back inspired a dramatic 3-2 Arsenal comeback over Benfica on Thursday.

The Scottish international started the fightback when the Gunners were 2-1 down on the night and 3-2 down on aggregate but Tierney fired home from the edge of the area to give the north Londoners hope of progressing to the last-16 stage.

Tierney then ushered his Arsenal team-mates back to find a winner – which they did through Pierre-Emerick Aubameyang’s header just minutes from time. 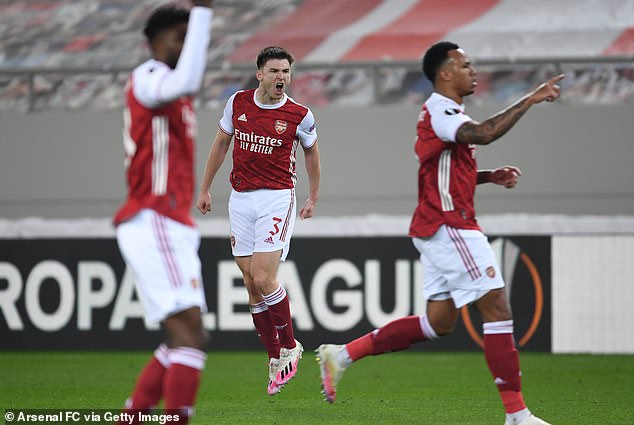 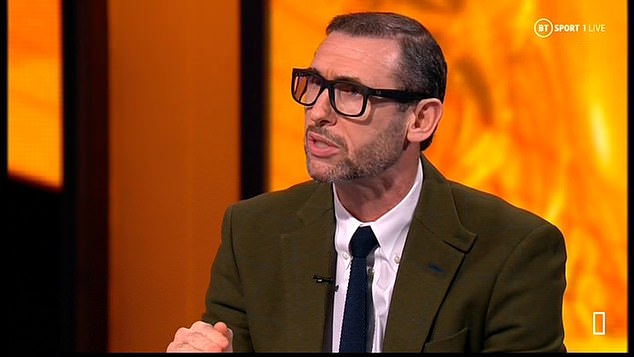 Former Arsenal defender Keown claims Tierney’s attitude after scoring his goal is the temperament Mikel Arteta’s side needs as they try to salvage something from this season.

Keown told BT Sport: ‘It is the symbolism you want. That’s the player you want, someone who is in charge of your own destiny and he proved it there. 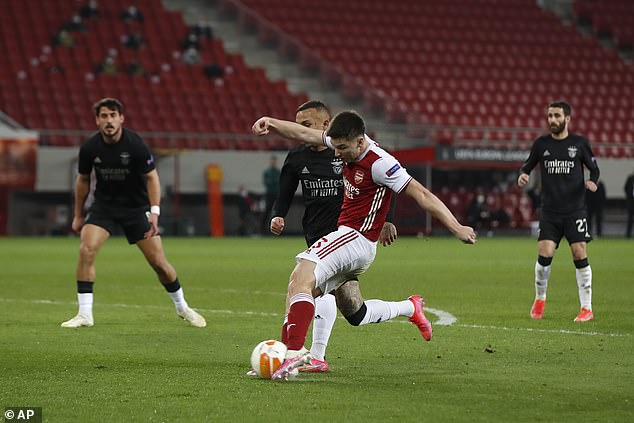 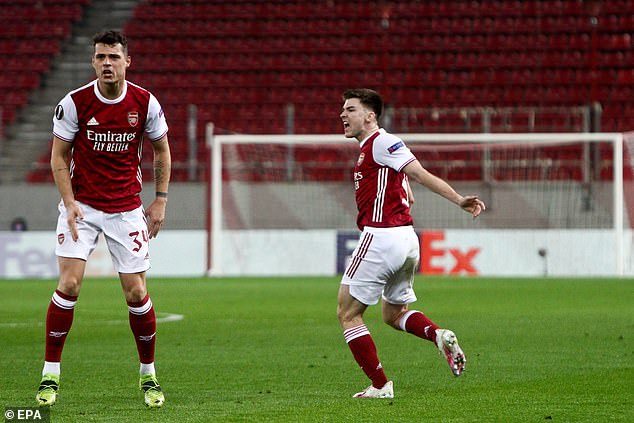 Arsenal took the lead on the night through Aubameyang’s flick from Bukayo Saka’s pass but Diogo Goncalves’ free-kick just before half-time levelled the tie on aggregate.

Aubameyang then headed home Saka’s late cross to spark jubilation among the Arsenal players as they looked to secure European qualification for next season by winning the Europa League. 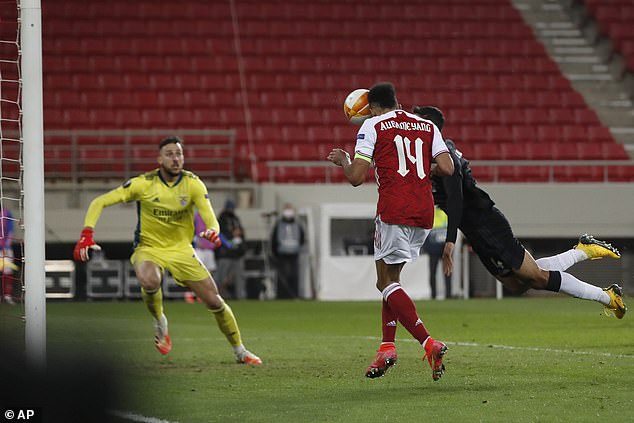 Keown claims Tierney’s goal was the pivotal turning point for Arsenal on Thursday night but also praised Willian’s involvement in setting up the goal.

Speaking about Willian’s pass, Keown added: ‘We can call it an assist for Tierney but Tierney did everything after that. That is the player who you want to breed, the players you can look at.

‘We had two of them tonight, or three. Aubameyang and Saka but Tierney started it with that goal.’ 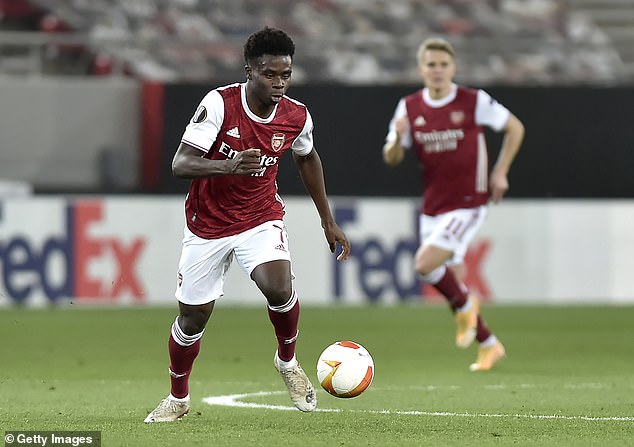 Keown also highlighted the work of Saka on Thursday night whose two assists were the difference for the Arsenal in their Benfica tie in Athens.

The ex-Arsenal man claimed: ‘This young man, I wasn’t happy to see Smith Rowe go off but at least Saka was on. He asked questions, this is what I want from Willian.

‘Running with the ball and testing yourself, don’t take it back and pass it to someone else. Saka won’t wait for anyone and that’s why he’s creating all these assists. I want him to keep hitting new targets.’