Martin Keown believes Benfica are ‘ordinary’ and lamented Arsenal missing an opportunity against their Portuguese opponents on Thursday night.

The Gunners came from behind to draw the first leg of their Europa League last 32 first-leg and the tie remains in the balance ahead of the return fixture on February 25.

Keown thinks Mikel Arteta’s side are short on confidence but is disappointed the Gunners could not take more from the game. 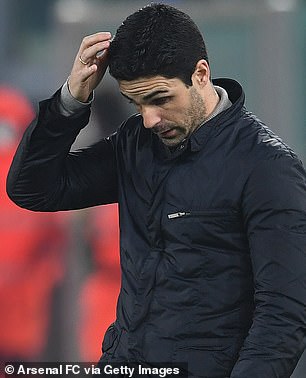 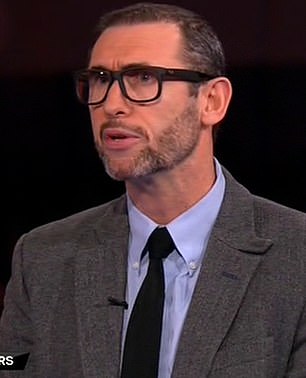 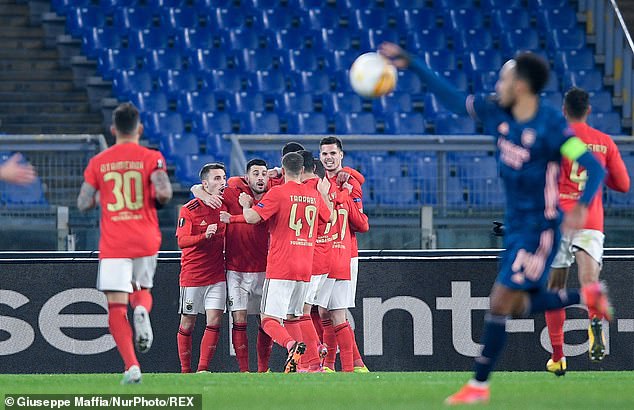 He told BT Sport: ‘I thought they (Benfica) were quite ordinary and that’s why I’m disappointed – Arsenal didn’t take advantage.

‘When you get an opportunity to win, it didn’t quite click and I understand why, playing the same XI from last week, but the team is short of confidence.

‘If those goal flew in, you would’ve seen an upbeat Arsenal. I see an Arsenal team that’s changed formation and a lot of problems for Arsenal is finding that spare player.

‘Martin Odegaard hasn’t played many games for Real but there were moments that he did well for the goal and they want to build around him.’

Pierre-Emerick Aubameyang missed a golden opportunity early in the game and Glenn Hoddle, also in the studio with Keown, thinks he was not quite at the races.

He added: ‘There’s no end product to that team. They’ve got some lovely players and they controlled the game. 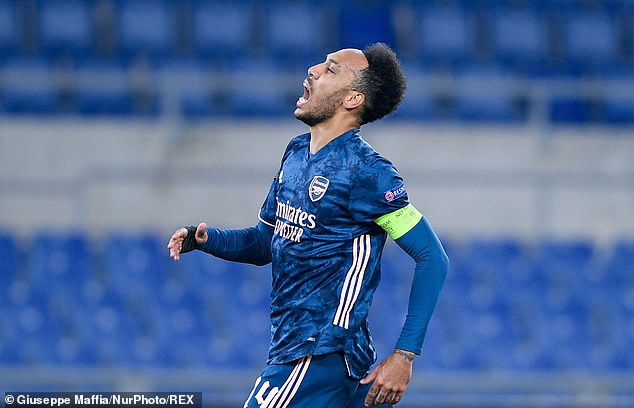 ‘They had some good chances, marvelous chances and for whatever reason, Aubameyang look vague, and he should put them ahead in the first half and it would have been a different story. They were good in patches, but they had that frailty to them.

‘They’ve got a system and they know what it is. I think Arteta is saying “this is the system” and they’ve got to get used it.

‘They’re a little too deep but they’re good with the ball. Theres a system there. They were caught in between two stalls last season.’

Afonso Fernandes (Pizzi) scored the opener for Benfica in the second half with a penalty but Bukayo Saka replied just two minutes later to earn a draw, with neither side able to find a decisive goal. 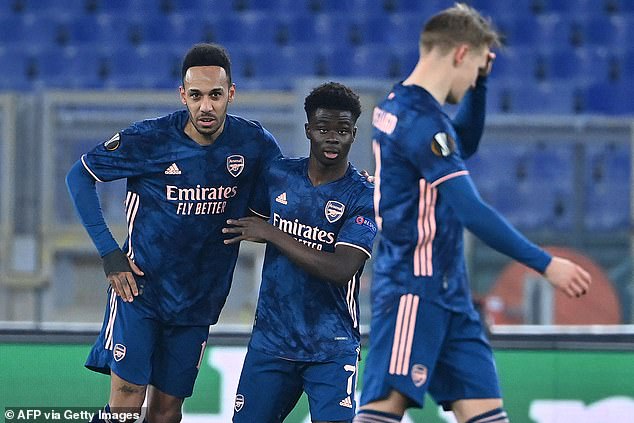 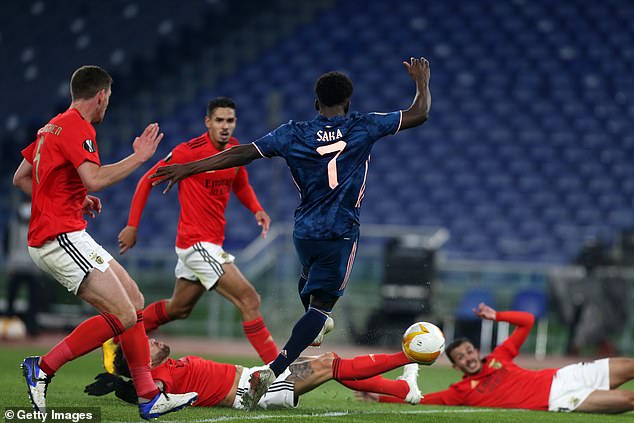 Arsenal must win the Europa League to constitute a good season, says Keown

Keown believes the Gunners must go on to win the Europa League for the club to have had a successful season.

He added: ‘They’ve got to win the Europa League. It’s not going to be easy, and he put out a strong team tonight.

‘There are big games coming up and I think this is the way to go forward and Arteta need to be supported. They need to buy players in the summer.

‘Thomas Partey is constantly injured, Gabriel is coming in but they need more creativity in midfield so it’s a big three or four months to see how they get on but the young ones are the nucleus of the team.

‘Aubameyang needed to get in his head and fix whatever it is but he’s the icing on the cake. He’s a player many clubs wanted and now we need to see the performances.’