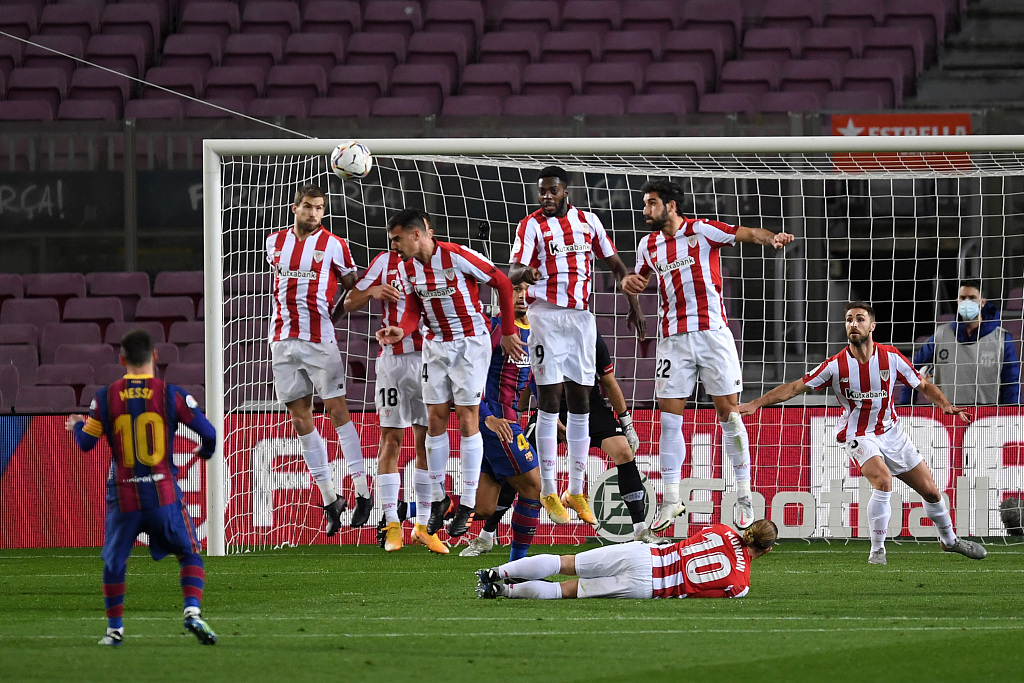 Lionel Messi and Antoine Griezmann fired Barcelona to a 2-1 win at home to Athletic Bilbao in La Liga on Sunday, avenging their recent defeat to the Basque side in the Spanish Super Cup final.

Messi curled in a free kick after 20 minutes for his 650th Barca goal on the day the club pledged to sue Spanish newspaper El Mundo for publishing the full details of the Argentine’s contract.

The hosts missed several more opportunities before Athletic levelled in the 49th through a Jordi Alba own goal but Griezmann, who scored twice in the 3-2 Super Cup final defeat, restored the hosts lead in the 74th.

Ronald Koeman’s Barca side saw out the game to record a fifth straight Liga victory and move above Real Madrid on goal difference into second place on 40 points, 10 behind leaders Atletico Madrid who have a game in hand.

The report said the contract, which was previously described by French newspaper L’Equipe as the most lucrative in football, had contributed to the club’s recent financial troubles, which have been exacerbated by the COVID-19 pandemic.

Barca’s last accounts showed their net debt had doubled to 488 million euros ($592.24 million), while the club’s interim president Carles Tusquets said recently they had been forced to delay payments to players. 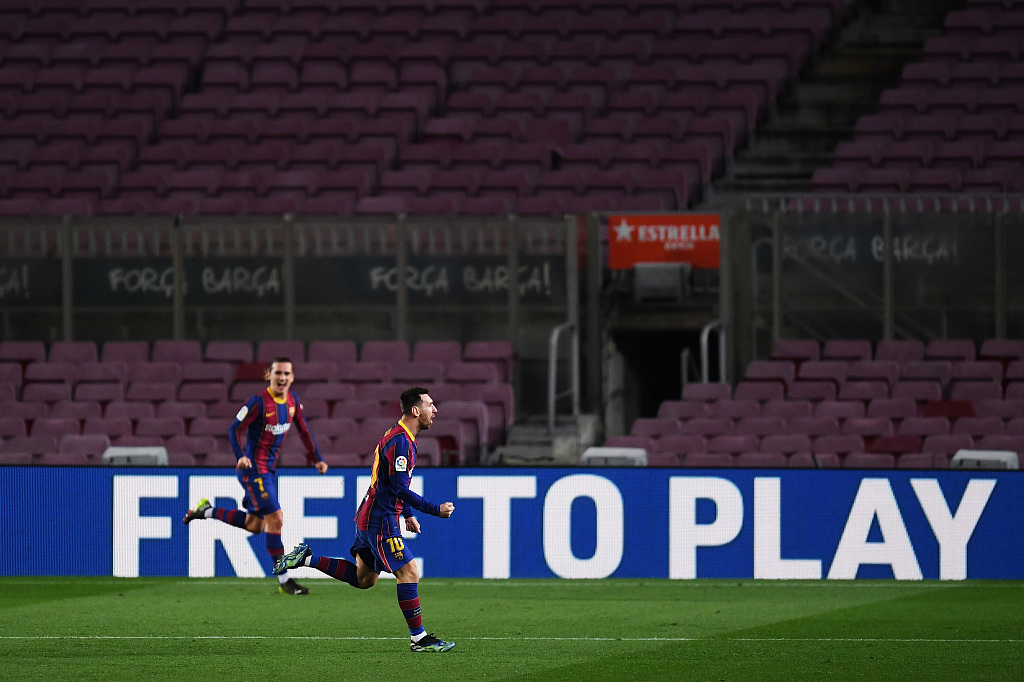 Lionel Messi (R) celebrates with a teammate after scoring during the La Liga match between Barcelona and Athletic Bilbao, held behind closed doors at Camp Nou in Barcelona, Spain, January 31, 2021. /CFP

Lionel Messi (R) celebrates with a teammate after scoring during the La Liga match between Barcelona and Athletic Bilbao, held behind closed doors at Camp Nou in Barcelona, Spain, January 31, 2021. /CFP

Barcelona denied any responsibility for the publication of the contract in a statement, adding they regretted its release as it was a “private document governed by the principle of confidentiality between the parties.”

The statement added: “FC Barcelona expresses its absolute support for Lionel Messi, especially in the face of any attempt to discredit his image, and to damage his relationship with the entity where he has worked to become the best player in the world and in football history.”

He is also their captain and most decorated player with 10 La Liga titles, four Champions Leagues plus six Copa del Rey triumphs.

The Argentine tried to leave Barca last August via a release clause in his contract but eventually decided to stay in order to avoid a court case with the club.

He can move to any club for free from June but has not ruled out staying at Barca, said Messi in a December interview, adding that he will make his decision at the end of the season.