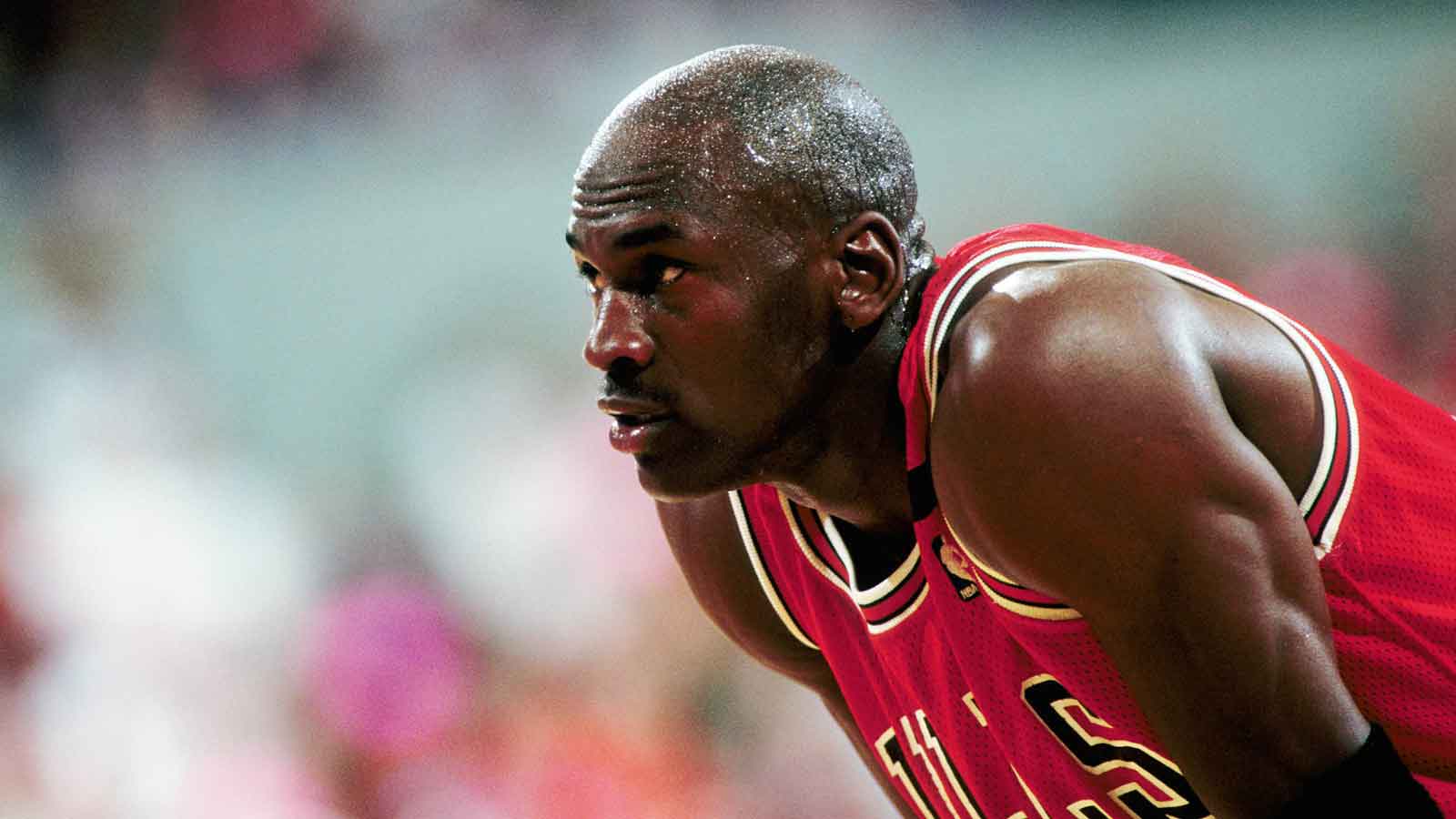 That’s a lesson Kevin Garnett learned the hard way in a game against Michael Jordan during Garnett’s rookie season with the Minnesota Timberwolves — the same season, in fact, that Jordan led the Bulls to a 72-10 regular-season record and fourth title in six years, winning MVP and Finals MVP in the process.

“We have a saying in the league that you let some sleeping dogs lie, and I am a product of that,” Garnett told Jimmy Kimmel in a recent interview to promote his new memoir. “I’ll use Michael Jordan as an example.

“I’m young, I’m 19 years old, I’m in the league, I’m fresh, I graduated out of high school in Chicago. We (the Timberwolves) come back, we play the Bulls… And I was playing great, probably the best I’d ever played in my life at this point, right? And it’s against the Bulls, and (Timberwolves teammate) J.R. Rider is having an unbelievable game too. And I’m just feeling 19, I’m like, ‘Yeah, keep going (Rider). You killing him (Jordan). Ooooo.’ And in the short form of it: I woke up a sleeping dog. And it wasn’t pleasant.”

“That big dog named Michael Jordan. And he bit,” Garnett chided. “He bites and he bit hard. And I kind of got a warning shot, but I didn’t really take warning to the warning shot and it just turned bad. It turned really bad and it turned back quickly.”

From past tellings of this story, we can infer that this game took place during a Feb. 27, 1996 blowout victory for the Bulls at home over the Timberwolves, and the interaction between Garnett, Rider and Jordan occurred in the break between the third and fourth quarters. The Timberwolves trailed just 82-76 through three quarters that evening, but the Bulls went on to win 120-99 behind 35 points from Jordan. Garnett and Rider finished with 20 apiece.

“J.R. told me just to calm down. He’s like, ‘OK, yeah, I’m having a good game, but chill, you know, he right here, he can hear you,'” Garnett told Kimmel. “And I’m like, ‘Yeah, so? Keep going.’ It was just kind of like rules, it was kind of like a respect, rules thing, an underlining rule thing that you were supposed to value. But like all young people, you know, I was young and I was going with the spirit and passion and, yeah, it got me bit in the ass.”

Garnett says it’s a memory burnt into his brain, and one even Jordan hasn’t forgotten.

“Whenever I see Jordan, he always does the same thing every time,” Garnett continued. “He palms my head and he said, ‘You remember I gave you 40 in three quarters?’ And I’m just like, ‘Man, go ahead.’ And then he has this sidekick of people around him, he’s like, ‘Hey, pull that up!’ And then a guy goes and pulls it up (on their phone)!”

Yes, according to Garnett, Jordan jets around with trusty henchmen at the ready to pull up film of him clowning his competitors.

“It was a true Jordan brand moment,” Garnett finished, with a laugh.