Pierre-Emerick Aubameyang admitted last season’s Europa League heartbreak against Olympiacos was in his head when he scored the winner to send Arsenal through to the last-16 against Benfica.

The Gunners captain’s late header – his second of the game – saw Arsenal overcome a major scare to beat their Portuguese opponents 3-2 in the second-leg and 4-3 on aggregate in Athens.

One year ago, Aubameyang put a chance wide late on against Olympiakos as the Gunners exited the competition on away goals at the same stage, with the Gabon forward delighted to right the wrong of last year on Thursday night. 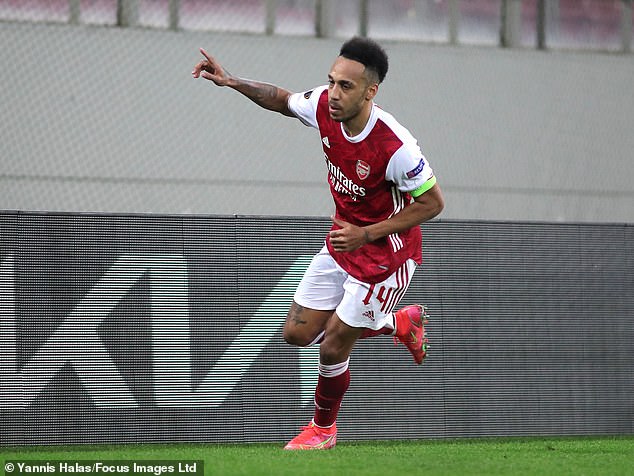 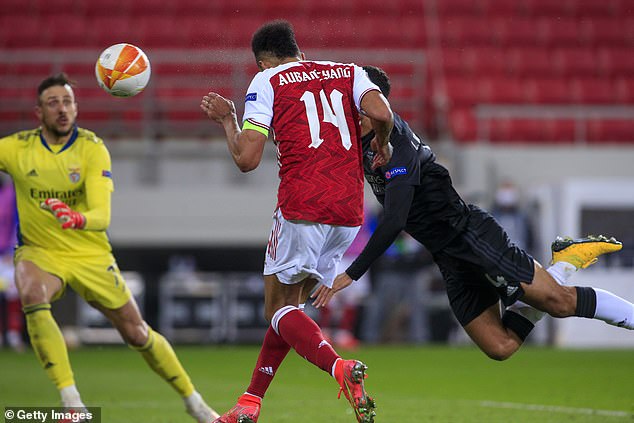 Aubameyang told BT Sport: ‘I think everybody is happy tonight and definitely I had this (late miss against Olympiakos last season) in my head.

‘But this gives me power every day to take the error from the past and transform it into strength. And tonight I’m very we won the game.’

Aubameyang put Arsenal in front on the night with a chipped finish from Bukayo Saka’s slick pass but Diogo Gonçalves’ free-kick levelled the tie before half-time. 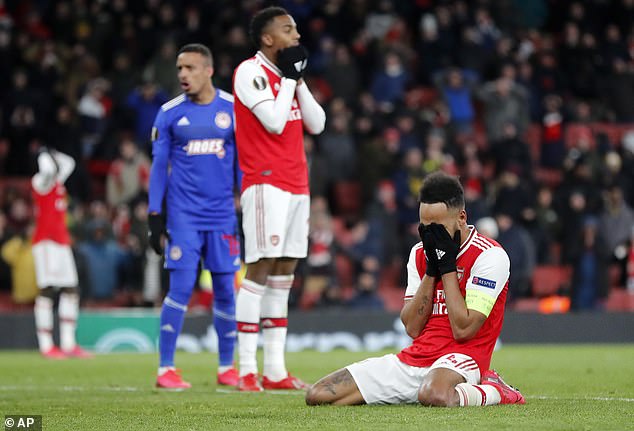 Dani Ceballos’ poor back-pass allowed Rafa Silva to round Bernd Leno and put Arsenal behind on aggregate, with the Gunners needing two late goals to progress to the next round.

The first one came from Kieran Tierney’s strike after Willian’s pass before Aubameyang headed Saka’s cross from the right with minutes to play to seal a dramatic finish.

Aubameyang admitted the north Londoners did it the hard way on Thursday but claimed the hard-earned result can be a hallmark for future success.

The Arsenal captain added: ‘Yes definitely (we did it the hard way). I think the team showed character and we deserved the win. 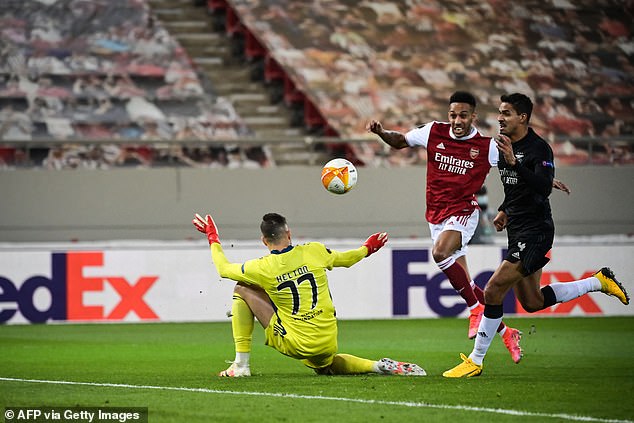 ‘It was a hard game but tonight I’m really happy for all the team and what we showed tonight is going to be an example for the future.’

BT Sport pundits Martin Keown and Karen Carney claimed Aubameyang showed his leadership qualities by coming to Arsenal’s rescue when the club needed him most.

The goal was Aubameyang’s 13th goal in 26 matches this season despite a difficult start to the campaign which saw him net just twice in 15 league games between September and January.

Keown said: ‘It was difficult for Arsenal tonight and it looked like it was getting worse but we got our Aubameyang back again. 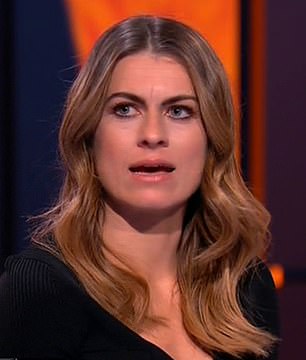 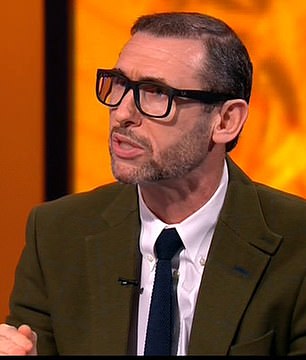 When asked about Aubameyang, Carney said: ‘He’s there when it counts, he’s a big player and an important player. There’s no coincidence that when he scores and plays well, so do Arsenal.

‘I think it helps when there are other creative players around him. Saka getting more involved and Willian more involved but it can’t just be reliant on him.’