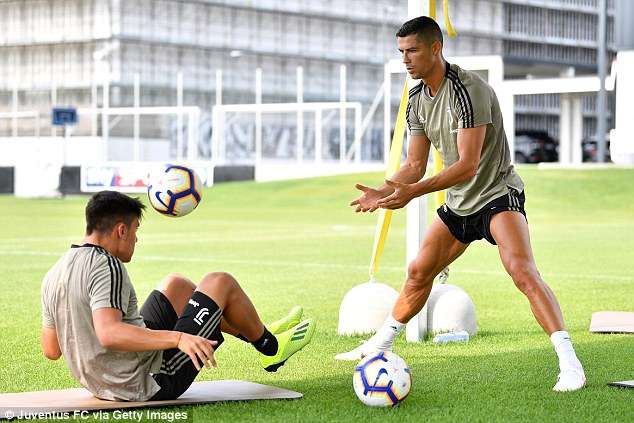 Andrea Pirlo has been amazed by the work ethic shown by Cristiano Ronaldo, and admits how important he is to his Juventus side.

The Portuguese forward has been debatably the best player the world has even seen, only contested by fellow current world-beat Lionel Messi.

The difference between the two players has always been about mentality and fight, and Ronaldo wins both of those hands down, and Andrea Pirlo has revealed just how hard his forward works to keep at the top of his game.

“Ronaldo works very hard. He is the first to come to training and the last to go home,” he told a news conference (via Goal).

“He brings enthusiasm, you can notice it on the pitch as well. He started the season really well, I hope he will keep doing like this until the end of the season.

“I wish he’ll score one or two goals every game. He is really important for us. In Rome we were a man down and he helped a lot until the end of the game. He is an example for everyone.”

Ronaldo has easily been our best player this term, and we are certainly building the team around his strength, and I can’t wait to see the team shine when the likes of Paulo Dybala returns, with Dejan Kulesevski, Aaron Ramsey and possibly Federico Chiesa interchanging in attack.

CR7 has clearly kept his body in great shape through hard work, and while Lionel Messi is over two years younger, I would not be surprised to see the Argentine hang up his playing boots first.

Will Cristiano’s amazing work on keeping fit see him prolong his stay at the top, similarly to Zlatan Ibrahimovic?