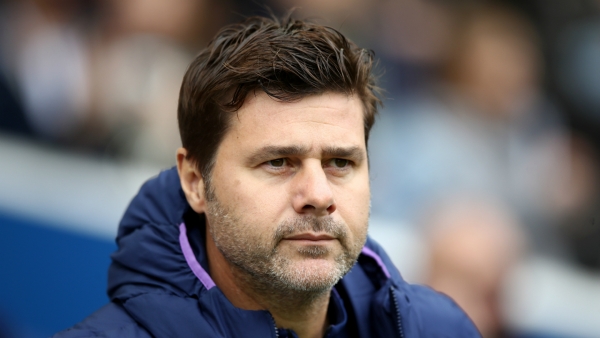 Paris Saint-Germain have used the mid-season break to replace Thomas Tuchel with Mauricio Pochettino, and the new head coach has some big issues to contend with.

A 4-0 win over Strasbourg before the mid-season break was not enough to spare Tuchel, who was relieved of his duties after two and a half years at the helm.

Tuchel left PSG having won six trophies in the French capital, while also taking the club to the brink of a long-awaited Champions League success last term.

PSG ultimately came up short, going down 1-0 to a dominant Bayern Munich in the final.

Tuchel remained in place for the new season but was only been able to guide the club to third in Ligue 1, with the Parisians losing four of their 17 matches.

Pochettino spent over two years with PSG in his playing days and was picked to take over the reins at the Parc des Princes, signing a contract until June 2022 with an option for a further year.

Here are the major issues Pochettino must contend with.

While the Champions League is clearly the be-all and end-all for PSG’s Qatari owners, the bedrock of their success is domestic supremacy.

Over the past eight seasons, PSG have only failed to win the Ligue 1 title once – during Unai Emery’s first season in charge, when a Kylian Mbappe-inspired Monaco charged to glory.

Tuchel had little trouble in claiming back-to-back championships, albeit last season’s Ligue 1 campaign was curtailed in April due to the coronavirus pandemic.

However, with the congested nature of 2020-21 making life tough for all of Europe’s biggest teams, PSG find themselves point behind joint-leaders Lille and Lyon, the latter of whom recently claimed their first league win at Parc des Princes since 2007.

It is hardly an unassailable gap, though the first task for PSG’s new head coach will be to return to the top of the pile, while defending their Coupe de France crown will also provide another chance for a trophy.

Ultimately, any coach at PSG is judged on their success – or lack thereof – in Europe.

Tuchel pushed PSG further than any other coach has in the Champions League since Qatar Sports Investments’ takeover, but it was still not enough to stop Hansi Flick’s Bayern completing an incredible treble.

PSG were inconsistent in this season’s condensed group stage, losing at home to Manchester United and away to RB Leipzig, before a 3-1 win at Old Trafford and a 5-1 victory over Istanbul Basaksehir secured their place in the knockout stages.

Ronald Koeman’s iffy Barcelona team await in the last 16, and there has arguably never been a better time to face the Catalan giants in Europe – although Bayern’s 8-2 rout back in August may suggest differently.

Crucial to any push for silverware in UEFA’s elite club competition will be getting the best out of Neymar and Mbappe. The latter missed some big chances in last season’s final, and only against Basaksehir did he end a year-long run without a Champions League goal (nine games).

KEEP NEYMAR AND MBAPPE, AND THROW IN MESSI FOR GOOD MEASURE

France star Mbappe has already scored 104 times across all competitions for PSG, though Real Madrid and Barca have regularly been touted as suitors – then again, which of Europe’s elite clubs would not want the 22-year-old in their ranks?

Neymar, meanwhile, has consistently been linked with a move back to Barca, but that transfer is looking increasingly unlikely.

Indeed, the prospect of the Brazil superstar linking up with Lionel Messi once more seems much more likely to occur in Paris than at Camp Nou.

Messi begrudgingly decided to stay and see out the remaining year of his Barca contract but has started to hit better form again – he has scored six times in his past eight league games to surpass Pele’s record of 643 goals for one club.

Koeman believes Messi is happy at Barca, but as it stands the 33-year-old is set to become the most highly sought-after free agent in history at the end of 2020-21.

While it was Manchester City and Pep Guardiola who were credited as frontrunners in the close season, PSG’s owners certainly have the ambition – and funds – to make a transfer come to fruition, and it may well be down to the coach to swing Messi towards Paris, rather than the Premier League or a Barca extension.

Pochettino has previously spoken of his desire to work alongside his compatriot, and it may well be a perfect match.