Southampton manager Ralph Hasenhuttl has admitted his side don’t have the money to buy the players he wants after a 1-0 loss against Aston Villa.

Hasenhuttl was forced to play youth products Yan Valery and Jake Vokins – who has since left on loan – at full-back in a 3-1 loss at Arsenal on Tuesday and blooded another youngster on Saturdays evening.

Teenage midfielder Alex Jankewitz, 19, who has reportedly handed in a transfer request in a bid to leave the club, made his debut in a defeat by Dean Smith’s stubborn Villa side. 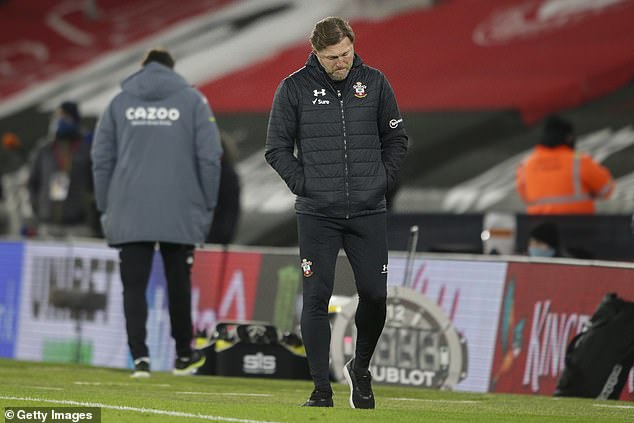 And Hasenhuttl admitted he could be forced to turn to more youth products in future rather than bolstering his relatively small, injury-hit squad with big-money signings.

He said post-match: ‘Good players cost a lot of money and we don’t have money. What should I tell you?

‘If it is up to me I take ten players now. It is not possible for us.

‘We brought [debutant midfielder Alex] Jankewitz in and next young lad who steps up now maybe has to play against Man United from the beginning.

The Saints face a tough game up next with title challengers Manchester United at Old Trafford on Tuesday. 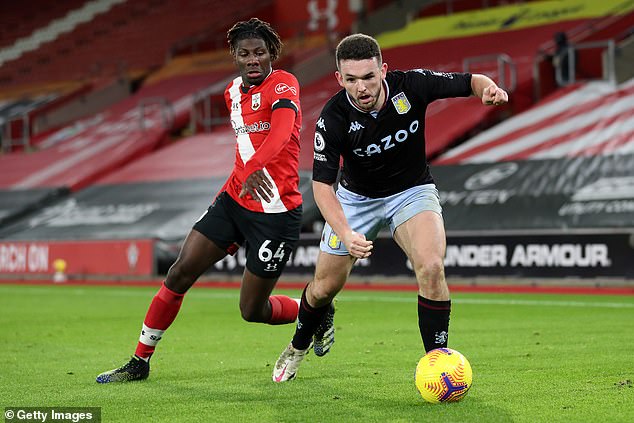