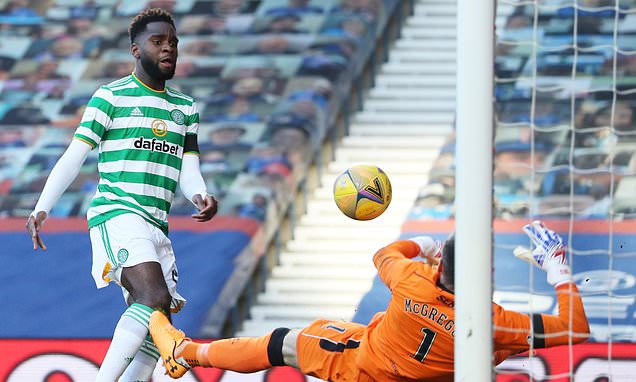 Rangers vs Celtic LIVE: Neil Lennon’s visitors lose Nir Bitton to a straight red for bringing down Alfredo Morelos, after the champions had dominated the first half but somehow failed to find the net

Emotions will be running high as Rangers host Celtic 50 years on from the Ibrox disaster which saw 66 peopled die in a crush at the ground following a meeting between the Old Firm rivals.

On the pitch, it’s also a big day for Steven Gerrard’s men on home soil who in their quest to prevent Celtic from winning a tenth consecutive league title have the opportunity to go 19 points clear at the top of the Scottish Premiership.

Follow all the action from the Ibrox encounter that gets underway from 12.30pm with Sportsmail’s KATHRYN BATTE.