Real Madrid have announced that president Florentino Perez has tested positive for COVID-19.

The 73-year-old, who is 12 years into his second-term as club president, is however not showing any symptoms.

The news comes as first-team manager Zinedine Zidane returns from a period of self-isolation after his positive coronavirus test and having missed the team’s last two matches. 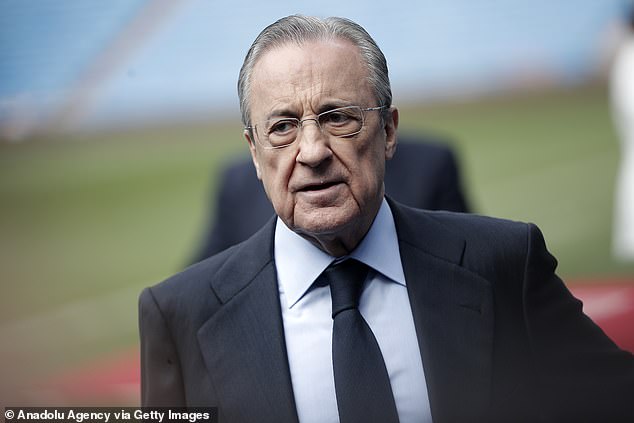 A club statement on Tuesday afternoon read: ‘Real Madrid C. F. would like to inform that our president Florentino Pérez has tested positive in the COVID-19 tests that he periodically undergoes, although he is not showing any symptoms.’

Spain is approaching three million confirmed cases of Covid-19. At the time of writing, there have been more than 59,000 deaths in the country.

Perez first became Real chief in 2000 overseeing the signing of world stars such as Zinedine Zidane and David Beckham in what became known as the ‘Galactico’ era before resigning in 2006.

He returned to Real in 2009 and ushered in a second era of high profile signings including Kaka and Cristiano Ronaldo in the same summer.

The team have won four Champions Leagues in his second spell, adding to their 2002 triumph in his first tenure, while he has also overseen major renovations to the club’s Santiago Bernabeu stadium, which began last year.

Perez is also the chairman of the Spanish construction conglomerate ACS and its principal investor, holding 12.5% of the infrastructure giant’s capital.