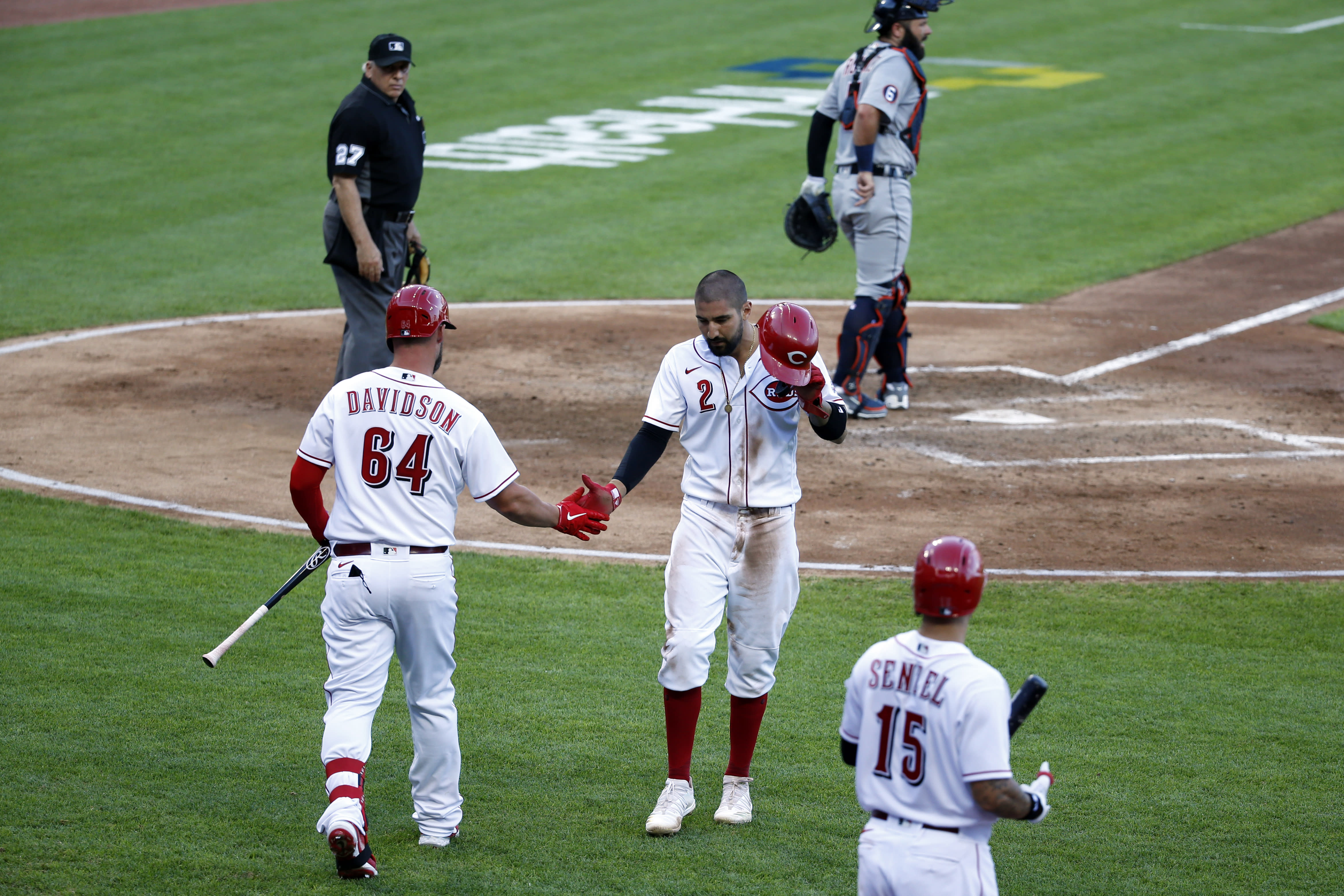 Davidson was in the Reds’ lineup during their season-opening 7-1 victory against the Detroit Tigers on Friday. He served as the designated hitter and went hitless in two at-bats before being removed from the game.

Davidson’s COVID-19 test was taken before the game, making him the first known player to participate in a regular-season game while positive.

Now we segue to all of the obvious questions. Is it a false positive? Who did he sit next to? Who did he interact with? We can plainly see he shook hands with Nick Castellanos in the photo above, and we’re sure there were several other interactions as well.

Davidson’s is the latest in a small flurry of positive tests revealed since opening day on Thursday.

In those cases, they didn’t make it on the field. But the Braves did have to travel as a team to New York and other players could have potentially been exposed.

It’s the unfortunate reality of playing baseball through a pandemic. MLB will never be able to get ahead of it. There will always be more questions than answers, and the answers that come will often be too late.