Ronald Koeman has stated that he is prepared for a more turbulent period at Barcelona after row with players especially Lionel Messi who earlier threatened to leave the club before changing his mind.

The Barcelona boss says he does not expect to have a quiet life at the club admitting that he knows there are serious challenges ahead of him.

“I don’t know if after Leo’s quotes I am going to have a quiet life,” Koeman said, cited in bioreports.

Recall that upon the arrival of the Dutchman having replaced Quique Setien, club captain Lionel Messi handed in his transfer request as he was heavily linked with Premier League club Manchester City.

The Argentine was also not impressed with the way Luis Suarez was told to leave the club as he wrote on Instagram: “You did not deserve for them to throw you out like they did. But the truth is that at this stage nothing surprises me anymore.”

He said: “I take responsibility for my errors and if they existed, it was only to make FC Barcelona better and stronger.” 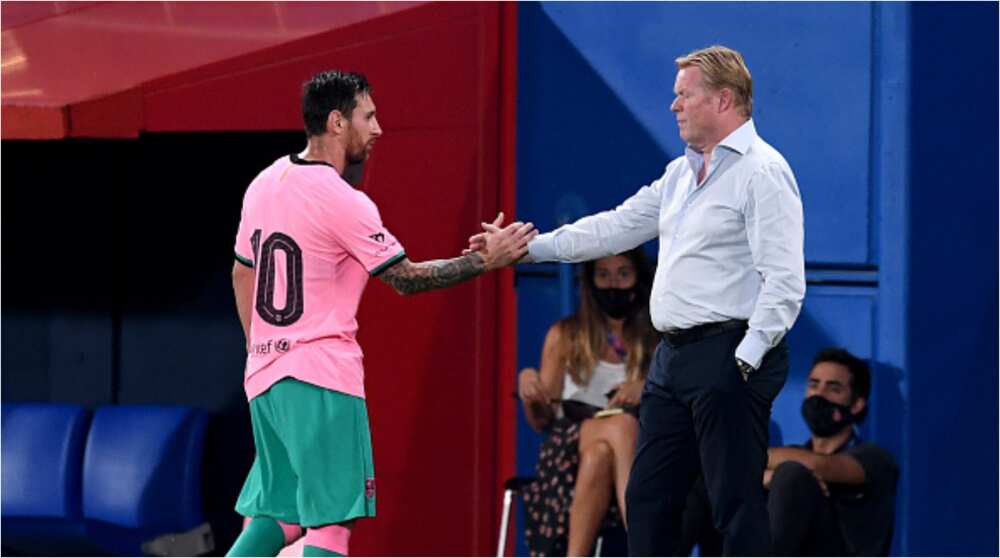 “After so many disagreements, I would like to bring an end to everything. We all have to be united and assume.”

However, Bioreports earlier reported that Rafinha may likely go the way of Luis Suarez as ruthless Barcelona manager Ronald Koeman has reportedly told the Brazilian to go in search for another club.

The Barcelona boss had earlier told some players including Arturo Vidal, Ivan Rakitic, Samuel Untiti, Luis Suarez that they were not in his plans and three out of four of them have already left.

Koeman who replaced former manager Quique Setien has been mandated to revamp the squad, as well as reduce their wage bill, and now the latest player that is affected is the 27-year-old midfielder.