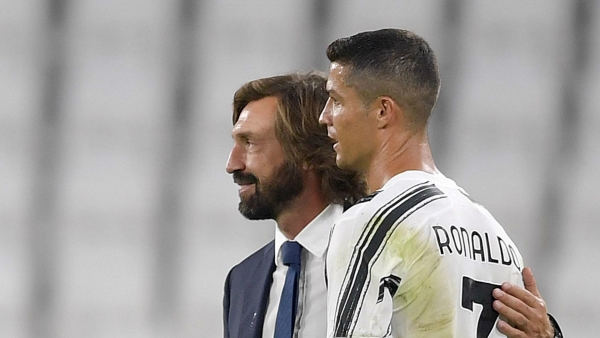 Andrea Pirlo has unleashed the shackles and given Juventus’ players a lot more freedom to attack opponents, according to veteran defender Leonardo Bonucci.

Juve replaced Maurizio Sarri with first-time coach Pirlo last month and the legendary midfielder kicked off his tenure with a 3-0 win over Sampdoria in Juve’s 2020-21 Serie A opener on Sunday.

Reigning champions Juve registered 20 shots at Allianz Stadium and scored from three of them, with Cristiano Ronaldo, Bonucci and debutant Dejan Kulusevski finding the back of the net.

And after a largely disappointing campaign last time out under Sarri, Bonucci believes that Pirlo has already made big changes during his short time in the dugout.

“We saw some new ideas proposed by the coach and his staff, a new way of interpreting the game, a lot of enthusiasm both in possession and off the ball,” he told Sky Sport Italia.

“The big difference is the way we are attacking the game and taking the initiative, trying to bring home the result. Seeing the work of the last few weeks and this game, I think it is better.

“There are different movements, as with Sarri we moved far more as a group in defence, whereas with Pirlo we are more one-on-one, giving us more freedom to be aggressive and win back the ball more often.

“We have four central midfielders with the right characteristics to play like this. They are aggressive and also good at passing the ball. That way, we have more quality in possession, which I see as a difference from last season.”

Sarri was reportedly sacked by Juventus after failing to win over the dressing room with his style of play, which won him plenty of admirers at Serie A rivals Napoli.

However, Bonucci insisted rumours that the club’s old guard forced Sarri out of the door are wide of the mark.

“We accepted any changes made by the club,” he said. “This season, the new coach is Pirlo, who changed the way of understanding football that we had last year.

“It’s early to say if it is right or not, but it is different, with a very precise mentality of being aggressive and not wanting to concede goals.

“We had that same attitude last year, because you don’t win nine Scudetti in a row without it.

“We’re old enough to behave like real professionals. Pirlo is now our coach and we have the utmost respect for all our coaches, just as we try to help all our coaches from within the locker room.

“Fortunately, this is a squad full of great men who are accustomed to working with great champions. That makes it easier for everyone concerned.”

Asked if Pirlo reminded him more of Sarri or Massimiliano Allegri – another of his former bosses in Turin – Bonucci said: “Much more similar to Allegri, that is obvious.

“Pirlo has much the same impact he had as a player – you knew that you could give him the ball and trust he wouldn’t lose it. Now it’s the same as a coach. There is that same trust.”