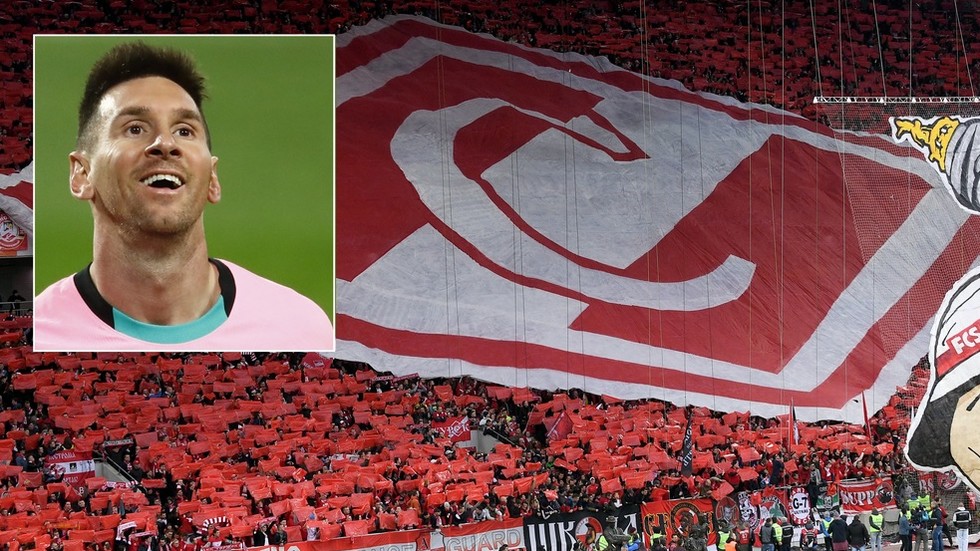 Lionel Messi is officially free to talk to potential suitors about a summer transfer away from Barcelona, and Russian club Spartak Moscow played on that fact to score a viral hit with a joke on Twitter.

Speculation has been reignited as to what 2021 has in store for Messi now that the Argentine ace is free to negotiate a possible summer switch away from the Nou Camp with any interested parties, in preparation for when his current contract ends in June.

Messi himself has suggested he will wait until the season is over before making the decision whether to head to pastures new, with Barcelona’s presidential election later in January potentially being a crucial factor in determining if he stays or goes.

Should Messi walk away from the club he has been at since age 13, a reunion with former Barca boss Pep Guardiola at Manchester City or a link-up with ex-teammate Neymar at Paris Saint-Germain are seen as the most likely landing spots for the six-time Ballon d’Or winner.

But another club have now cheekily thrown their hat into the ring: Spartak Moscow.

On Saturday, the Russian club’s English-language Twitter account shared the news that Messi was free to negotiate a summer transfer, along with a mocked-up screenshot of a text exchange with the 33-year-old star.

“Hi, Leo!” Spartak began, laying the ground for their unlikely approach for the Barcelona captain.

“No,” came the blunt response from Messi in the imaginary exchange, which was accompanied by the caption “Pain”.

The joke shared with the club’s 15,000 followers on its English account quickly racked up more than 50,000 ‘likes’ in the space of just a few hours.

The Spartak English-language social media team are gaining a rapidly-growing following and were also behind the “most-liked tweet ever in Russian football” earlier this season.

On that occasion, Spartak landed a hit in football circles with a gag that Cristiano Ronaldo’s positive Covid-19 test on international duty with Portugal would have ramifications for Premier League club Wolves, who have a heavy Portuguese contingent among their ranks.

Russian Premier League rivals Rubin Kazan captured attention around the world with their video of manager Leonid Slutsky – former boss of the Russian national team – crooning to Mariah Carey’s hit ‘All I want for Christmas is You’.

Also on rt.com
‘Christmas has peaked’: Ex-Russia football boss Slutsky goes viral singing Mariah Carey’s All I Want for Christmas is You (VIDEO)

On a more serious note, Messi will need to make a decision on his future come the end of the season, having made a failed attempt to walk away from the Nou Camp last summer.

The Argentine recently suggested he would be keen to taste life and football Stateside at some point in his career.

“I would like to play in the United States and experience life and the league there, but ultimately come back to Barcelona in some capacity,” he said.

“I’m not thinking too far ahead in the short term and just want to see how the season finishes.“

READ MORE: Lionel Messi admits he wants to ‘experience life and the league’ in the United States as further questions about his future emerge

That triggered speculation that Messi could be on his way to David Beckham-owned MLS franchise Inter Miami once his time in Catalonia has come to an end.

Messi bought a $5 million apartment last year in the luxury Porsche building in the Sunny Isles Beach area of Florida, further fueling talk of a possible late-career switch to the US.

So, Moscow or Miami – the choice is with Messi.