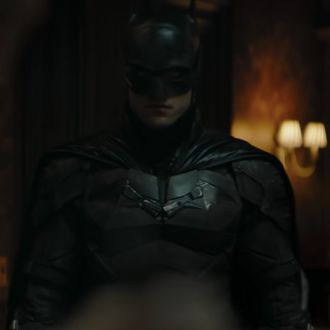 The spice must flow, and just to be safe, Batman should probably get out of its way. Considering the ever-falling cinematic dominos caused by the coronavirus quarantine, and theaters’ subsequent closure, you probably won’t be surprised to hear Warner Bros. will be shifting The Batman’s release date away from October 1, 2021 after Dune moved to the exact same date earlier today. According to Variety, Robert Pattinson’s take on the Dark Knight will now descend on March 4, 2022. This way, the films won’t be in direct competition, though the studio says the shift was mostly the result of coronavirus-related production delays, including Pattinson’s own positive COVID-19 test, which temporary shut down production last month.

The studio also announced several other release date changes, most significantly moving Lana Wachowski’s Matrix 4 up a few months from April 1, 2022 to December 22, 2021, making it a holiday release. Additionally, The Flash has been shifted from June 3, 2022 to November 4, 2022, and Shazam 2 zapped from that November 4 release date to June 2, 2023.

As for Dwayne Johnson’s Black Adam and the studio’s video game adaptation Minecraft, both films have been pulled from the Warner Bros. schedule entirely. Meanwhile, Wonder Woman 1984 is still expect to arrive on December 25, 2020, though, given the bleak future facing many movie theaters as the COVID-19 pandemic drags on, it’s probably cold comfort, knowing that it, too, could end up changing at some point.