Premier League clubs have spent £1.218bn on signings during the transfer window.

But who will be the happiest with their business? BBC Sport’s chief football writer Phil McNulty takes a closer look – and you can have your say at the bottom of this page.

Aston Villa only secured their Premier League status on the final day of last season – now the club’s owners have backed manager Dean Smith in ambitious fashion to make the most of that escape.

And it has not just been with incomings because arguably the most important Villa deal of this window was the one which saw their captain and most influential player Jack Grealish sign a new five-year contract after months of speculation linking him with Manchester United.

The biggest signing was record buy Ollie Watkins, brought in from Brentford for £28m potentially rising to £33m, the 24-year-old well known to Smith from his time in charge at Griffin Park.

Watkins scored 25 goals for Brentford last season and has already made his mark with a brilliant hat-trick in Sunday’s remarkable 7-2 win over champions Liverpool that continued Villa’s perfect start to the season.

Emiliano Martinez brings stability to the goalkeeping position after his arrival from Arsenal while the final flourish was a surprise loan deal for Chelsea’s Ross Barkley, offering real threat and creation in midfield alongside Grealish. He was on target, along with Grealish, in that astonishing demolition of Liverpool.

Matty Cash has made a fine start at right-back following his £16m move from Nottingham Forest while Lyon’s Bertrand Traore is another attacking option.

Everton’s transfer policy since billionaire owner Farhad Moshiri started bankrolling the club in 2016 has been a scattergun shambles under managers Ronald Koeman, Sam Allardyce and Marco Silva along with directors of football Steve Walsh and Marcel Brands.

The arrival of Carlo Ancelotti has not only brought a focused strategy but an A-list manager whose presence alone attracts players who would not, in other circumstances, entertain a move to Everton.

Ancelotti has rebuilt Everton’s midfield, which was a matter of urgency, while also adding two highly promising young talents in left-back Niels Nkounkou from Marseille and Norwich City’s England under-21 central defender Ben Godfrey in a £25m deal.

He has also brought in Sweden goalkeeper Robin Olsen from Roma on loan to put pressure on error-prone England goalkeeper Jordan Pickford.

It has resulted in a magnificent start to the season, topping the Premier League table and winning all seven games this season, reaching the Carabao Cup quarter-final.

All in all, this looks like a brilliant window.

Tottenham Hospur have been a bit of a slow burner but an opening weekend defeat at home by Everton focused minds and kicked Spurs into gear. They now look in impressive shape.

Matt Doherty and Pierre-Emile Hojbjerg from Wolves and Southampton respectively represented solid additions but the business hit a higher gear with the spectacular loan deal to bring back Gareth Bale from Real Madrid, also joined by Bernabeu team-mate Sergio Reguilon, the Spain left-back who helped Sevilla win the Europa League.

Manager Jose Mourinho also got the cover for Harry Kane he so desired via a loan deal for Benfica’s talented Brazilian striker Carlos Vinicius, who scored 24 times for the Lisbon giants last season.

Mourinho and Spurs can regard the window as a job well done.

Arsenal left it late but the closing moments made this a significant and successful window. 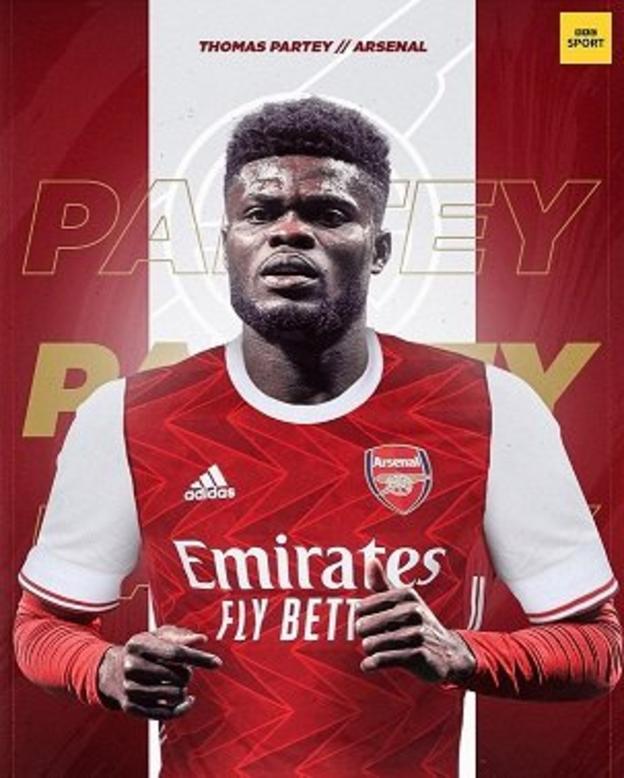 The £45m signing of Atletico Madrid’s Thomas Partey right on deadline will have increased the levels of optimism around Emirates Stadium. The powerful midfielder was one of manager Mikel Arteta’s top targets for the whole window.

This comes on top of the addition of Willian on a free transfer from Chelsea and Lille central defender Gabriel Maghaeles, who was one of the most coveted young players in Europe before signing for Arsenal in a £23m deal.

This all comes after the most pressing piece of business of all was concluded, namely getting their world-class striker Pierre-Emerick Aubameyang to sign a new three-year contract.

The deal for Partey, though, was another cause for celebration.

While rivals such as champions Liverpool, who signed Bayern Munich’s Champions League winner Thiago Alcantara and Diogo Jota from Wolves, Chelsea, Manchester City and Spurs all seemed to have structured transfer policies, Manchester United were once again a shambles.

The seemingly endless pursuit of top target Jadon Sancho seemed to hinge entirely on a belief Borussia Dortmund were bluffing about a deadline to get the deal done then dropping their £100m-plus asking price.

Given United and executive vice-chairman Ed Woodward’s less than assured touch in the market, it was a surprise to no-one that neither happened, leaving them scrambling around before homing in on veteran Uruguay striker Edinson Cavani. The 33-year-old left Paris St-Germain in June and has been available for months, so the deadline day signing looks suspiciously like an expensive vanity purchase.

United clearly need another central defender but none was forthcoming, while midfield man Donny van de Beek, a £40m signing from Ajax, has not been able to get into the team.

Porto left-back Alex Telles arrived along with teenager Facundo Pellistri from Uruguayan side Penarol in Uruguay, while Amad Diallo from Atalanta, will join in the future,

United had months to line up their deals this summer, to answer the suggestions they are way behind their rivals when it comes to working the markets – only to end up with business that does not make them look any closer to a title challenge than they were last season.

West Ham United’s fans have every right to vent their frustration at co-owners David Gold and David Sullivan at the end of another largely fruitless transfer window.

There was the furore, including public criticism from captain Mark Noble, surrounding the decision to sell exciting 22-year-old forward Grady Diangana to West Bromwich Albion for £18m followed by a succession of missed targets.

Burnley resisted their attempts to sign defender James Tarkowski, while moves for Chelsea defenders Antonio Rudiger and Fikayo Tomori floundered, leaving Moyes with scant reinforcements – painful given that the Scot’s signings so far have all looked excellent purchases and real value for money.

The deal for midfield man Tomas Soucek was made permanent at £20m but he was there last season while the other arrival was his fellow Czech Vladimir Coufal from Slavia Prague for £6m.

Moyes’ early work, including the purchase of Jarrod Bowen from Hull City last season, shows he can be trusted in the transfer market but how far can he take West Ham when the club struggles to get deals over the line?

He could still delve into the Championship but make no mistake this has been a window lacking ambition and support for the manager.

It’s been a tough old window for Burnley, a club working on a very tight budget who, understandably, have never been able to fight it out financially alongside so many of their Premier League rivals.

Manager Sean Dyche has cut a frustrated figure in recent times and his mood will not have been helped by three successive defeats.

Burnley is a club that has to live within its means but you can understand why Dyche might have liked more ambitious backing after miraculous work guiding The Clarets to 10th last season, especially after the loss of the solid and experienced Jeff Hendrick to Newcastle United on a free transfer.