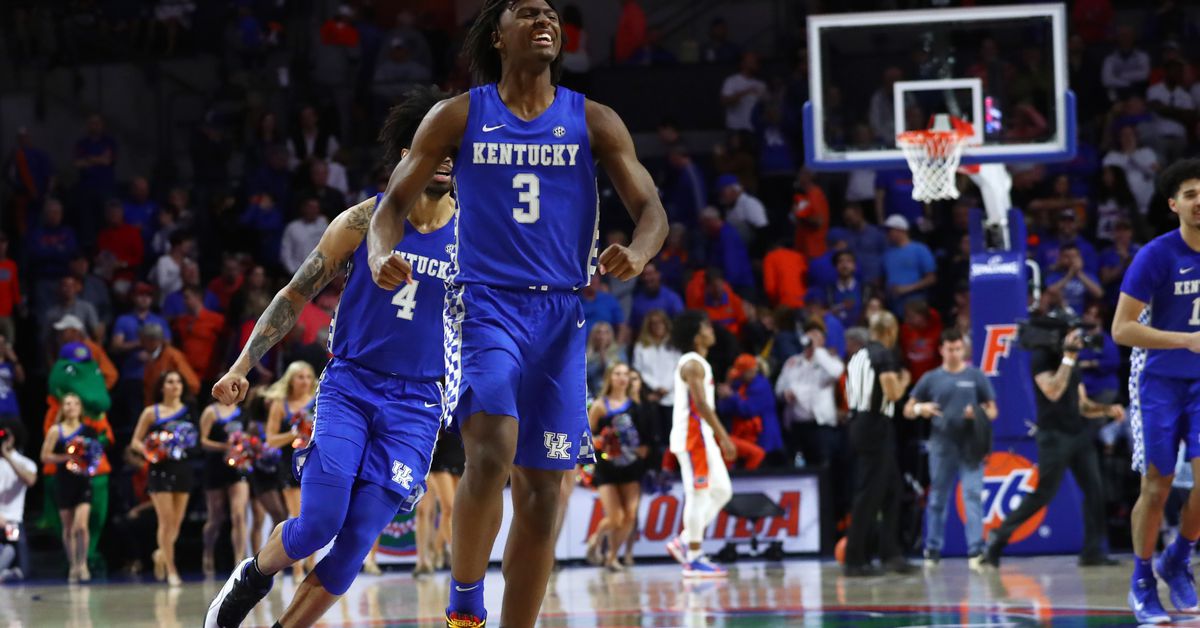 The NBA Draft is hopefully under two months away.

With a set November 18 date, it’ll be over nine months since we saw the Wildcats on the court last. While it’s an unprecedented draft date most can agree this year in general has been tough to follow in general.

For these potential draftees, it’s no different. With five Wildcats entering their name in the draft, only two are in a position to be drafted in Sam Vecenie’s most-recent draft big board. Vecenie is a draft expert for The Athletic.

Ranking the top 100 prospects, he did include five Wildcats, but there’s a bit of a shakeup with Kahlil Whitney cracking the list and EJ Montgomery again being left ff. Whitney came in at No. 88 likely due to his upside as an athlete and a scorer.

Before Whitney, who withdrew from Kentucky before the season ended, yet still out of draft position is point guard Ashton Hagans and center Nick Richards, a dynamic duo that came in at No. 76 and No. 68 respectively.

The next Wildcat listed is 2020 SEC Player of the Year Immanuel Quickley. His elite shooting and playmaking has impressed scouts, as he’ll likely be a second-round draft pick with late first-round potential. He came in at No. 41 on Vecenie’s big board.

As for the one we’re all wondering about, Tyrese Maxey, he didn’t crack the top 14. A projected top-five pick during the 2019-2020 season, Maxey, despite having a solid freshman season, has dropped all the way out of the lottery and is now sitting at No. 16.

The hope for the former star Wildcat point guard is that he impresses in the NBA Combine and can manage to slide back into the top 10, but that’d be a significant jump from where he’s currently projected.